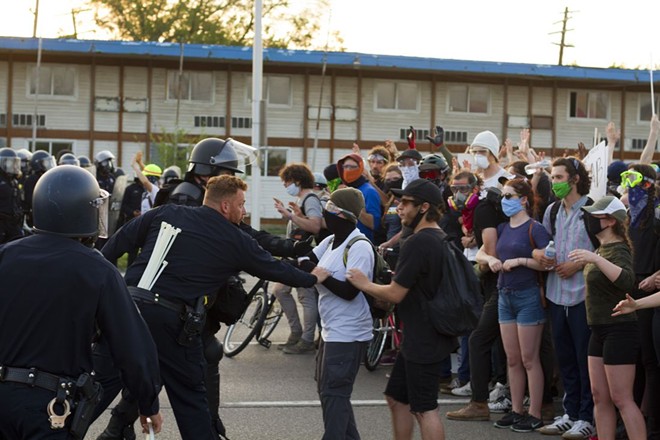 The city of Detroit is dismissing charges against 238 protesters who were arrested during two days of protests that broke out following the death of George Floyd last year.

The city’s law department said Tuesday it's dropping all but seven of the cases.

The move comes after police and law department officials examined videos and other evidence.

“In light of that review, the Law Department is dismissing the majority of misdemeanor tickets issued on May 31 and June 2,” Detroit Corporation Counsel Lawrence Garcia said in a statement. “Although certain cases from these two dates will be pursued, the City believes it is best to dismiss the vast majority of citations.”

Earlier this month, the 36th District Court in Detroit dismissed charges against 28 protesters who were arrested during the anti-police brutality demonstrations. Judge Larry Williams Jr. tossed the cases after the city of Detroit failed to provide discovery of information, including the identities of arresting officers and body cam footage, that could be used during a trial.

Most of the initial 245 arrests were for curfew violations.

Mayor Mike Duggan imposed an 8 p.m. curfew on May 31, a day after some demonstrators clashed with police.

Police came under fire for their handling of the protests, leading to a federal lawsuit that alleges officers used unnecessary, excessive force to break up peaceful demonstrations against police brutality. Members of the media also were arrested and assaulted by police.

The city of Detroit filed a counter lawsuit, "to stop further violations of law and to hopefully reduce the assaults on police officers," Garcia said.