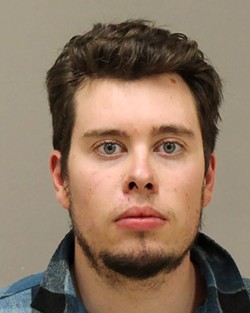 A 25-year-old airplane mechanic from Hartland Township pleaded guilty Wednesday for his role in the alleged plot to kidnap Gov. Gretchen Whitmer and has agreed to “fully cooperate” with prosecutors.

Garbin agreed to testify against the other five defendants charged in federal court as part of a plea deal in which prosecutors pledged to recommend a lighter sentence. Garbin also said he would serve as a witness in the case against eight other men charged in state court.

Garbin faces up to life in prison on a count of conspiracy to commit kidnapping. Sentencing is scheduled for July 8.

According to a new court filing, Garbin met the accused ringleader, Adam Fox of Potterville, at a Second Amendment rally in Lansing in June. Prosecutors say Fox was planning a kidnapping exercise in a basement and had zip ties and a Taser to help “neutralize” the governor.

Garbin is accused of suggesting a plan to shoot up Whitmer’s vacation home and blowing up a nearby bridge to slow down the police response. He invited some of the other suspects to his property in Luther to test a homemade bomb and offered to paint his boat black to surveil Whitmer’s vacation home, prosecutors said.