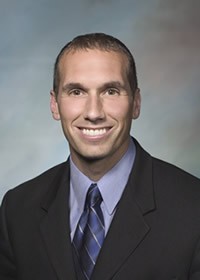 Former Macomb County Prosecutor Eric Smith, who spent 15 years putting people behind bars, will likely end up in jail himself after pleading guilty Wednesday to a federal felony count of obstructing justice.

Smith, 54, resigned in March after federal authorities accused him of stealing about $70,000 in campaign funds. At the time, Smith said he had “absolute confidence” that he would be exonerated.

Smith is scheduled to be sentenced on April 27. Sentencing guidelines call for 15 to 21 months of incarceration. The obstruction charges carried a maximum penalty of 20 years in prison.

“Some may view Smith’s conviction as a reason to lack confidence in our elected officials or our prosecutors. But the opposite is true,” U.S. Attorney Matthew Schneider said in a statement. “This case shows that our system works. When there is a rare case where a law enforcement officer commits crimes, he or she will be held accountable. Smith’s case is that kind of case. No one is above the law in Michigan — and that includes those who enforce the law.”

"Any attempt to hinder a criminal investigation is a very serious matter," Timothy Waters, special agent in charge of the FBI’s Detroit Field Office, added. "This case, a man who had taken an oath to uphold the law was actively encouraging others to break it. That Mr. Smith was unsuccessful in his attempt to undermine the investigation is a testament to the determination of the FBI to hold individuals accountable when they break the law."

"I fully accept responsibility for my actions," Smith said, The Detroit Free Press reports. "I acted alone. I acted for my own benefit. I deeply regret my actions and the shame I brought to my wife, my children, the office I spent almost 30 years working for and the people of Macomb County. And I accept the punishment and the plea that's here before you today."

As part of his guilty plea, Smith has agreed to forfeit the nearly $70,000 he stole from his campaign funds. He also will be disbarred.