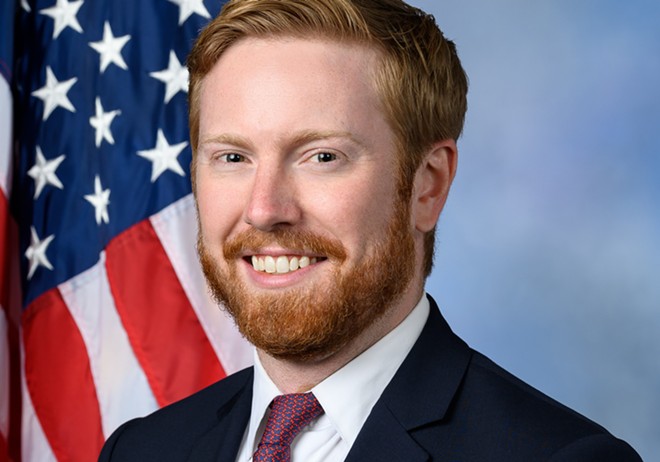 U.S. Rep. Peter Meijer, a freshman Republican from Michigan, warned on Thursday that his conspiracy-peddling colleagues are taking the GOP down “a dark path” that could destroy the party.

“We can’t be a party of conspiracy theories,” Meijer, of Grand Rapids, said on CNN. “We can’t be the party of winking and nodding at the worst impulses that we have seen in the darkest corners of the internet. That’s not how you’re going to have a party that is trusted to govern. That’s not how we’re going to win over moderate independent voters.”

Meijer, an Army veteran, made the comments after he was asked about Marjorie Taylor Greene, R-Ga., a newly elected congresswoman and QAnon conspiracist who falsely suggested that space laser beams ignited California’s wildfires and deadly mass shootings were “false-flag” operations. Republicans recently assigned her to the House education committee.

Meijer was among 10 Republicans who voted to impeach President Donald Trump for inciting violence at the U.S. Capitol. He defended Rep. Liz Cheney, R-Wyo., whom Republicans condemned for supporting impeachment.

“If Liz Cheney is the person who suffers the most from the events of Jan. 6 politically, it will be a very sad day for my party,” Meijer said. “I have been impressed by her leadership.”

“It’s not necessarily the death threats that are made to you to worry about, it’s the ones that aren’t,” he said. “It’s the people who are planning and not saying what they plan to do.”

Meijer already has a primary challenger. Tom Norton, a 38-year-old Trump loyalist and Afghanistan veteran, said on Steve Bannon’s podcast that he wants to “destroy” Meijer in the 2022 primary election.