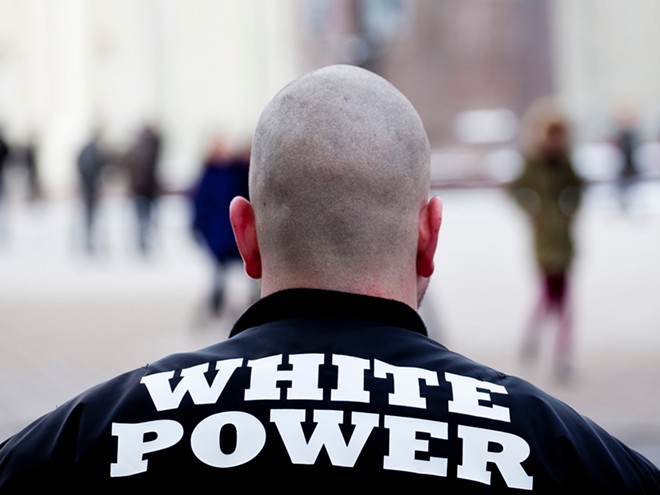 A neo-Nazi terrorist group was planning to create a heavily armed, white nationalist compound in the Upper Peninsula to wage a race war.

The plan was hatched by Justin Watkins, 25, a former leader of the Base, a militant, pro-Hitler movement that advocates violence against non-white people, according to secret chats obtained by VICE News.

In early 2020, Watkins said the plan was to buy, occupy and fortify land in the U.P., which he described as a virtual “white-ethnostate” because of its racial makeup.

"We are buying houses and land and fortifying them,” said Watkins under an alias on the encrypted chat app, Wire, in early 2020. “Land is cheap [...] I’m setting up a community up there. Going to have houses set up to get guys moved in and situated.”

In another chatted, he said, “The faster we get guys the faster we can snowball property grabs. Get four plus guys in a house splitting property tax and food and saving up for each of them to buy the next bit of land and move in four more to help.”

Watkins, of Bad Axe, was arrested in October and charged with felony counts of gang membership, unlawful posting of a message, and using computers to commit a crime. Watkins reportedly operated a “hate camp” for the group, “where he led tactical and firearms training for participants with the goal of being prepared for the violent overthrow of the government,” according to Michigan Attorney General Dana Nessel, who leveled the charges against the men.

He was accused of targeting what he mistakenly believed was a home owned by Daniel Harper, a journalist who combats white nationalism on his podcast “I Don’t Speak German.” The home was owned by a man with the same name, but not the podcaster.