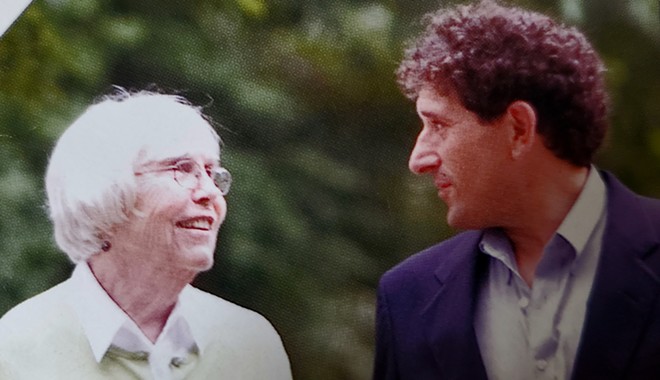 How often do these things describe the same person: a wonderful neighborhood mom when you were growing up; a lifelong comrade in the fight for social justice, across many fronts? There’s only one person in my life like that: Beverley McDonald, who passed away on Feb. 21 at the age of 90, surrounded by her loving family.

On the morning of Jan. 6, I received a voicemail from Beverley. She was so excited that the second Georgia U.S. Senate seat had been called for Jon Ossoff, and the Democrats would control the chamber, if by a razor thin margin. She had to call me to share and evaluate this news.

It took me several days to get her on the phone. The insurrection at the Capitol had taken place just hours after her original call, COVID was burning out of control, and the world was full of problems. More importantly, as she told me in her plainspoken way and with no hint of complaint, she was dying. But no matter. Perhaps I could come and see her in a few weeks. In the meantime, I must fight on for justice. She was not shy to say what must be done.

Days later, she was gone.

Growing up in Berkley in the 1960s and 1970s, I became friends with Beverley’s fifth and last child, Ellen Leopold. Ellen’s house seemed more like my own than perhaps any other in the neighborhood. Not much care for material things. Creativity valued much more than order or neatness. Issues of fundamental justice on the table, along with the food. Kids’ opinions sought out and celebrated.

Beverley was an adult who homed in on what you were all about and what you were really thinking. I can picture her sitting in her kitchen, cradling a mug of coffee or whatever she drank, communicating to me very clearly that there was nothing she could possibly have to do that was more important than talking about the world with me.

As I grew up, whether I was organizing for unions, for human and immigrant rights, for environmental and peace movements Beverley was a comrade. I would see her and her later-life partner Jim Sheehan at demonstrations. I stayed in touch, because she loved me for who I was and always had opinions about everything, which both instructed and amused me.

After spending years as a volunteer activist while raising five children, Beverley built a career fighting for underdogs of every description at Michigan Legal Services, at what is now the Michigan League for Public Policy, as the consumer advocate on the Blue Cross Blue Shield board, and beyond.

To me, Beverley represented a social justice worldview born of Catholic teachings that may be almost unrecognizable to young activists today. Hers was a world without borders, or rather with many borders she indignantly knocked down. Beverley was a fierce anti-racist. She saw the humanity in all humans, the beauty in all children, the challenges faced by all parents and workers. She worked within power structures and organizations without ever losing her fierce devotion to truth and justice. She was pure but practical, idealistic but worldly-wise. She was all about family and relationships and justice work all in a jumble of love and devotion to higher purpose.

In short, she was at once my neighborhood mom, a comrade in the struggle to birth a more beautiful world, and a revered elder.

Godspeed, woman who saw beyond boundaries. Your 30+ kids, grandkids and great grandkids and all of us other kids you helped raise and inspire will miss you terribly, but you taught us well enough with your words and, powerfully, your example. We will never leave the justice road, and we will hold each other close.