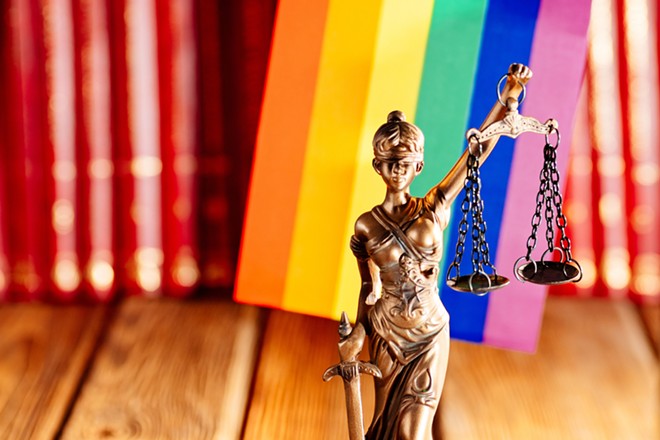 Michigan is one of 29 states that don’t provide full protections from discrimination for LGBTQ people. State lawmakers recently renewed a push to expand the state’s Elliott-Larsen Civil Rights Act to include a ban on discrimination against LGBTQ residents.

Hazel Park’s ordinance is expected to be adopted in April after a third reading by the council. On Tuesday, the council unanimously passed the first reading of the ordinance, which includes similar protections in the Elliott-Larsen Civil Rights Act but expands it to include disability status, sexual orientation, and gender identity and expression.

“Hazel Park has consistently played an oversized role in the pursuit of equality for the LGBTQ community,” Councilman Luke Londo, who introduced the ordinance, said in a statement. “As a proud Hazel Park resident who is also bisexual, I am honored to play a role in moving our community forward, and cementing our status as a leader in the fight for LGBTQ rights.”

In 2012, Hazel Park residents April DeBoer and Jayne Rowse filed a lawsuit against Michigan, challenging the state’s ban on adoptions by same-sex couples. They later amended the suit to challenge the state’s constitutional ban on same-sex marriage and won, leading to a U.S. Supreme Court decision requiring all states to grant same-sex marriages in 2015.

Michigan Attorney General Dana Nessel, who in private practice represented the couple in the case, applauded the council’s ordinance.

“The ongoing struggle for LGBTQ civil rights requires bravery, and the fortitude of those in a position to inspire change to do so,” Nessel said. “Just as two courageous residents did before them, I applaud the Hazel Park City Council for standing up and doing the right thing.”

“Hazel Park voted against Michigan’s same-sex marriage ban in 2004, two of its residents helped achieve marriage equality nationwide, and now the City Council is seeking to eliminate discrimination against the LGBTQ community within our borders,” Klobucher said. “I am proud of our newest councilmember, Luke Londo, for introducing this ordinance – and of the rest of Council for their foresight in advancing it forward."