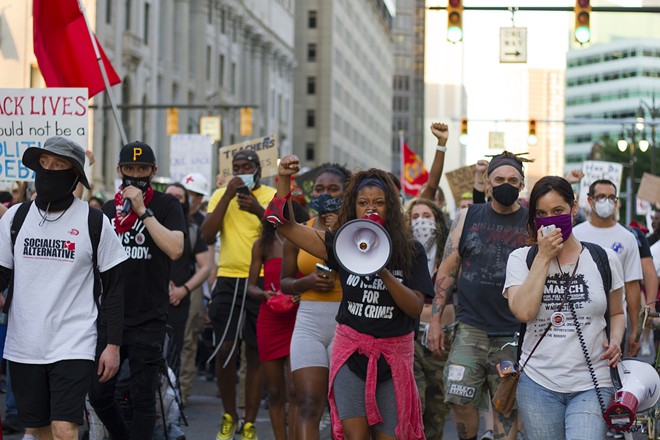 The city of Detroit lost another legal battle with protesters of police brutality and racial injustice.

A federal judge dismissed the city’s controversial countersuit against Detroit Will Breathe protesters on Wednesday, saying it failed to show that demonstrators conspired to commit acts of violence and vandalism over the summer.

The city filed the countersuit in response to Detroit Will Breathe's lawsuit in August that alleged police used unnecessary, excessive force to break up peaceful demonstrations against police brutality.

Critics of the countersuit said it amounted to a tax-subsidized assault on free speech.

“It was frivolous,” Jack Schulz, an attorney for the National Lawyers Guild, which filed the lawsuit, tells Metro Times. “To me, it was continued retaliation for standing up for their rights.”

Detroit’s top attorney Lawrence Garcia tells Metro Times, “We are disappointed in the ruling, but we accept it.”

The decision to dismiss the countersuit comes about two weeks after a 36th District Court judge tossed out charges against eight protesters for their roles in the summer demonstrations.

On Jan. 14, another 36th District Judge dismissed charges against 28 protesters, saying police failed to provide information such as the identities of arresting officers and body cam footage that could be used during a trial.

About two weeks later, the city dropped charges against 238 protesters.