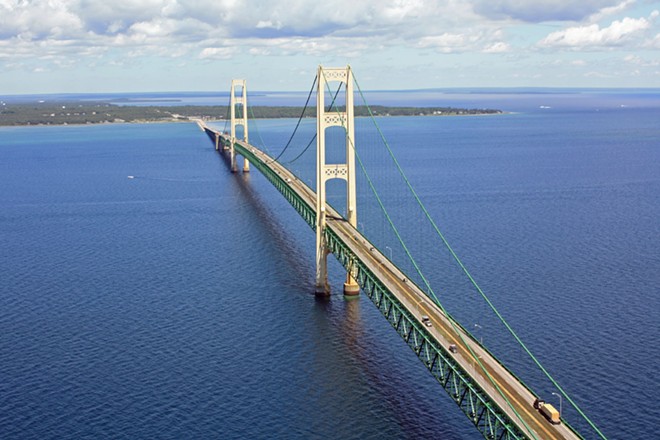 Some Michigan business leaders are sounding the alarm on what they said are efforts to undermine the governor's order to shut down Enbridge's Line 5 pipeline.

The Canadian company was given until May 12 to cease operations of the 68-year-old pipeline in the Straits of Mackinac.

At a recent Senate committee hearing on the pipeline, lawmakers took testimony from Canadian leaders about the impact of the shutdown on the economy.

Larry Mawby, founder and co-owner of MAWBY Vineyards on the Leelanau Peninsula, said communities such as his, that depend upon Michigan's freshwater resources, deserve to be heard.

"Instead of highlighting the fearmongering of Canadian oil interests, Michigan's legislators should be listening to Michigan business, businesses whose workers and families depend upon a strong economy that is underpinned by the health of the Great Lakes," Mawby asserted.

Mawby is among the 170 members of the Great Lakes Business Network, which sent a letter to state lawmakers Wednesday calling for an equal opportunity to share concerns about the pipeline.

He had a front-row seat to Enbridge's response to the 2010 Line 6B oil spill, and doesn't want a repeat.

"It covered the Kalamazoo, it upended residences, it upended businesses, and today remains the largest inland oil spill in the history of the United States," Bell recounted. "Enbridge had stunning apathy towards the impact that the spill caused to area businesses."

Mawby noted far more oil is being transported through the Great Lakes region than can be refined in the area, and he argued Line 5 is a shortcut to move oil that primarily benefits Canada.

"This leaves Michigan holding the bag, our state continues to bear the risk and responsibility of a potential spill while reaping only marginal benefits," Mawby contended. "However, at the hearings, you heard none of this narrative."

Enbridge claimed the state cannot legally regulate pipeline safety in the area that's already under federal safety policies, and the company still is pursuing a tunnel project that would replace Line 5.

Pipeline supporters argue the shutdown will raise fuel prices in Michigan and cut off supplies to regional refineries.