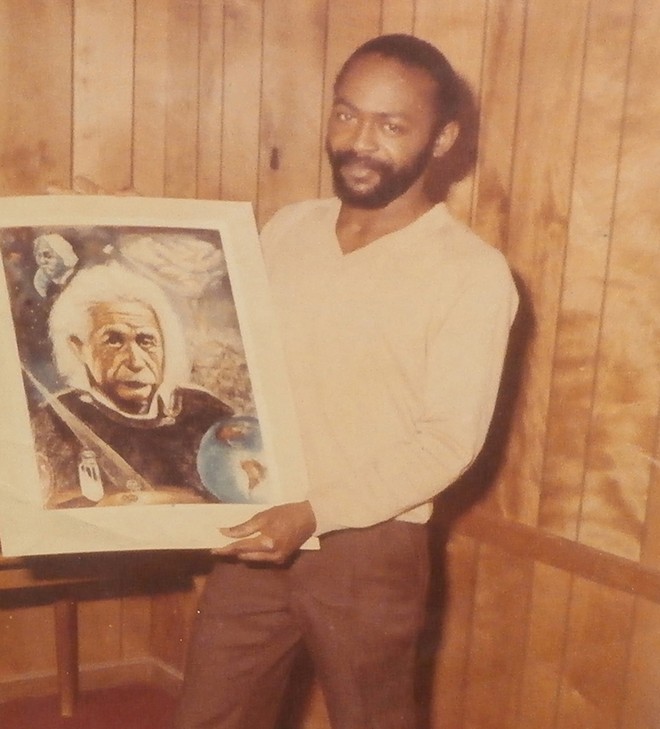 Former WXYZ-TV reporter Bill Proctor has spent more than 15 years investigating the case of Ray Gray, the Detroit boxer and artist who's been behind bars for nearly 50 years for the 1973 murder of Reuben Bryant — a crime he says he did not commit.

Metro Times copy editor Dave Mesrey has joined forces with Proctor, tracking down witnesses and relatives of those involved.

On Wednesday, Proctor and Mesrey appeared on WDET to discuss the case's latest developments with Culture Shift's Amanda LeClaire.

"We over the years have found many, many elements for the innocent argument," Proctor told WDET. "Ray did not do this crime."

Gray and his supporters insist that the only evidence that links him to the crime was his "Fu Manchu" mustache, a popular style at the time.

"What tied Ray Gray to this case? Nothing," Proctor said. "There was no forensics, no gun ... I'm pretty positive that it had everything to do with the similar mustache, and that was the primary item that tied Ray to the case."

The other man with the Fu Manchu, a career criminal named Charlie Mathews, was similar in height and weight to Gray, and later confessed to his involvement in the botched robbery of Reuben Bryant's Euclid Street apartment.

"Ray Gray was the only man in the lineup with a mustache — with any facial hair at all," Mesrey told WDET, calling into question Detroit Police conduct in 1973. "Innocence Canada calls it 'unreliable eyewitness testimony,' and really that's the only thing that's [kept] Ray Gray behind bars all these years."

"This was government misconduct at its worst," Proctor said, adding, "We are hopeful at this point that Ray could see freedom."

You can listen to the interview below. (Special thanks to Bob Koski of the Detroit History Podcast.)