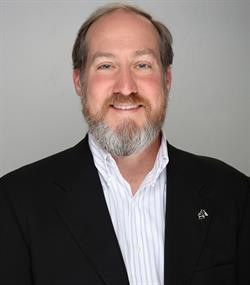 Council Member Jeff Hayner, D-1st Ward, shared a quote from gonzo writer Hunter S. Thompson over the weekend in response to an MLive article about online harassment of journalists.

“This quote, which utilizes a highly offensive homophobic slur, is extremely problematic and unbecoming of a Councilmember,” Council Member Travis Radina wrote in an email to Hayner. “Setting aside your tirade against the free press, the thoughtlessness and disregard you displayed for our LGBTQ residents in sharing such a quote is extremely concerning and hurtful.”

Ann Arbor Mayor Christopher Taylor called Hayner’s post “highly offensive” and “deeply wrong” and said his use of a quotation creates a “permission structure of degradation” that is harmful to LGBTQ residents.

“It hurts individuals of course, but due to his position as councilmember, the use of the slur distances LGBTQ community members from their government and thereby effects real social harm,” Taylor wrote on social media.

“By using quotes like this in a public forum, it paves the way for more hatred and homophobia; it legitimizes it,” Scott wrote. “I’m here to stand up for the LGBTQ community today. I am here to be visible and say comments like this are absolutely unacceptable. It’s time to put away slurs and never, ever again use someone’s sexual orientation as an insult.”

Metro Times couldn’t reach Hayner for comment, but in an interview with The Michigan Daily, he defended his post and refused to apologize.