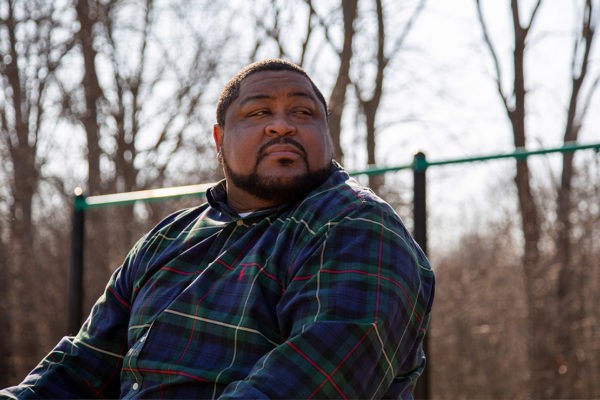 A 43-year-old Black man who was arrested after facial recognition technology incorrectly flagged him as a shoplifting suspect filed a federal lawsuit against Detroit police on Tuesday.

Robert Williams, of Farmington Hills, is seeking compensation for the humiliating experience and changes to how the city uses facial recognition technology.

Williams was arrested at his home in January 2020 and locked up for 30 hours in an overcrowded detention facility where he was forced to sleep on a cement floor, according to the lawsuit. He was accused of stealing watches from Shinola based on two blurry surveillance photos of the suspect.

“I came home from work and was arrested in my driveway in front of my wife and daughters, who watched in tears, because a computer made an error,” Williams said in a statement. “This never should have happened, and I want to make sure that this painful experience never happens to anyone else.”

The technology, which opponents decry as unreliable and racially biased, misidentified another Black man in July 2019. Michael Oliver filed a lawsuit against the city last year after he was arrested for a crime he didn’t commit based on the flawed technology.

“We know that facial recognition technology threatens everyone’s privacy by turning everybody into a suspect,” said Phil Mayor, senior staff attorney for the ACLU of Michigan, one of the groups representing Williams. “We’ve repeatedly urged the Detroit Police Department to abandon its use of this dangerous technology, but it insists on using it anyhow. Justice requires that DPD and its officers be held accountable.”

The fallibility of facial recognition software has prompted a handful of communities to ban the technology. U.S. Rep. Rashida Tlaib, D-Detroit, has called for a ban on the federal level, and some Democratic state lawmakers have introduced legislation that would bar police from using the technology in Michigan.

“Cities across the country have banned police from using facial recognition technology for a reason,” said Jeremy Shur, a student attorney with the University of Michigan Law School’s Civil Rights Litigation Initiative, which also is representing Williams. “The technology is racially biased, flawed, and easily leads to false arrests of innocent people, just like our client.”

“This was clearly sloppy, sloppy investigative work. There’s no other way for me to say it but that way,” Craig said at a Detroit Board of Police Commissioners meeting in June 2020, which is cited in the lawsuit. “If you just rely solely on facial recognition technology, there’s a high probability that it’s going to misidentify.” “New protocols are in place to prevent similar events,” Garcia said in a statement. “The Law Department will seek to achieve resolution of Mr. Williams’ claims on terms that are fair to him and the City.”

After a review of Williams’ case, prosecutors dismissed the charges against him.

“This case should not have been issued based on the DPD investigation, and for that we apologize,” Wayne County Prosecutor Kym L. Worthy said in a statement. “Thankfully, it was dismissed on our office’s own motion. This does not in any way make up for the hours that Mr. Williams spent in jail.”

Detroit has defended facial recognition software as a powerful investigative tool that can help track down violent offenders. In September 2019, the Detroit Board of Police Commissioners approved a policy to govern the use of facial recognition technology. Under the new policy, facial recognition identification is considered only a lead and cannot be used as the sole basis for an arrest. Police are prohibited from using the technology for immigration enforcement, minor crimes, and identifying people during protests, and police analysts must verify any facial recognition matches the software produces and get it approved by a supervisor.

The lawsuit is seeking a "declaratory judgment and injunction prohibiting Defendants from using facial recognition technology as an investigative technique so long as it misidentifies individuals at materially different rates depending on race, ethnicity, or skin tone."