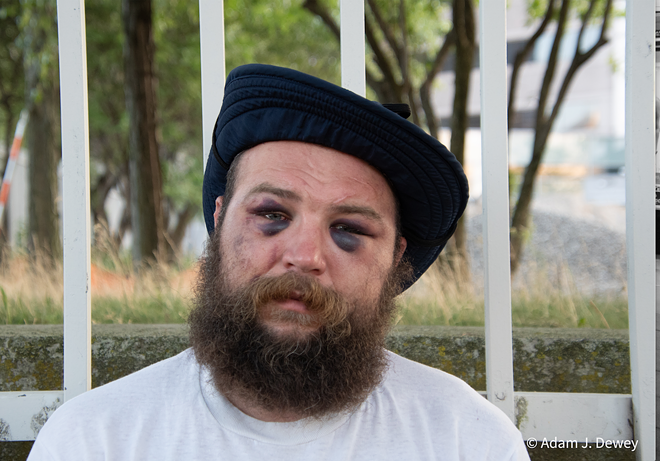 A 35-year-old Oakland County man who says he was brutalized by Detroit police while trying to provide refuge for peaceful protesters last summer filed a federal lawsuit against the city and five cops.

The lawsuit in U.S. District Court claims police violated Kevin Kwart’s civil rights by using “unnecessary and shocking excessive force” and arresting him without probable cause.

Kwart was walking his dog in downtown Detroit after an evening out with his girlfriend on Aug. 22 when he spotted police in riot gear preparing to advance on protesters who were rallying against the influx of federal agents. Kwart told protesters they could seek safety in the vestibule of his girlfriend’s apartment building.

He was not protesting and never left the sidewalk when an officer shoved him with a shield, according to the suit and surveillance video. As he retreated toward the apartment, officers tackled him and began punching and kicking him for about two minutes, surveillance video shows.

Kwart was eventually sent to Detroit Receiving Hospital and treated for an acute head injury, separated shoulder, and multiple abrasions to the face. After he was discharged from the hospital, police arrested him and took him to the Detroit Detention Center on charges of disorderly conduct, disobeying the lawful order of police officers, and blocking a moving lane of traffic. According to the lawsuit, the officers argued over who would sign the ticket because they did not want to be associated with the injuries. They decided to hand him an unsigned ticket.

The lawsuit alleges the Detroit Police Department “has a demonstrable pattern and unwritten policy in place to ignore and thereby encourage unlawful and unconstitutional actions of its officers.”

“The City of Detroit maintained a policy that permitted the Defendant Officers to use unreasonable and excessive force on unarmed, nonthreatening individuals,” Kwart's attorney, Jack Schulz, said in the lawsuit.

Police came under fire for their response to the rally. More than 40 protesters were arrested, and some of them were seriously injured by baton-wielding cops. At least five protesters were taken to the hospital.

Five legal observers filed a lawsuit against the city last week, saying police violated their civl rights by attacking and arresting them while they were documenting anti-police brutality protests last summer.