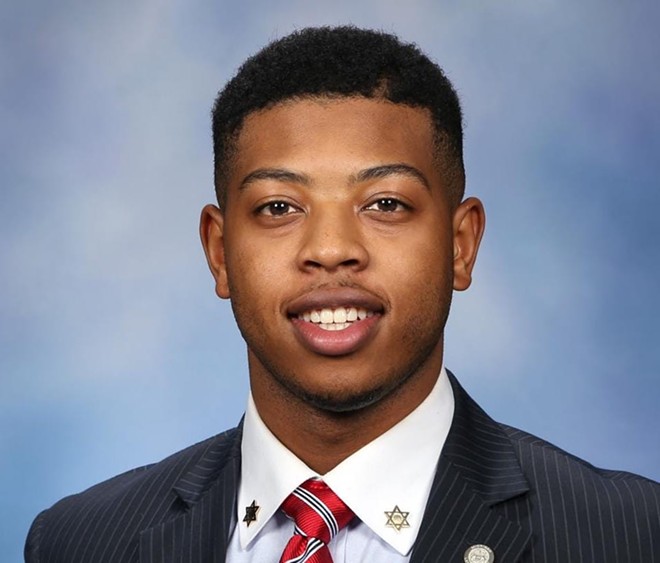 State Rep. Jewell Jones is facing up to two years in prison on four criminal charges in connection with an alleged drunk driving crash on I-96 in Livingston County.

The 25-year-old Inkster Democrat is scheduled to be arraigned at 3 p.m. Friday in 53rd District Court on charges of resisting and obstructing a police officer, operating a motor vehicle with a high blood alcohol content, operating a motor vehicle while intoxicated, possession of a weapon while under the influence of alcohol, and reckless driving, Livingston County Assistant Prosecutor Carolyn Henry tells Metro Times.

Jones was arrested on April 6 and spent a night in the Livingston County Jail following a car crash on I-96 near Fowerlville.

Details of the allegations have not been released.

Jones, who was considered a rising star in the Democratic Party, became the youngest representative to serve in the state House in January 2017, when he was 21.

Jones is a progressive Democrat who has fought for racial and environmental justice, marijuana reform, and a moratorium on facial recognition technology.

Jones is serving a third term in the 11th District, which includes all of Garden City and Inkster and portions of Dearborn Heights, Livonia, and Westland.