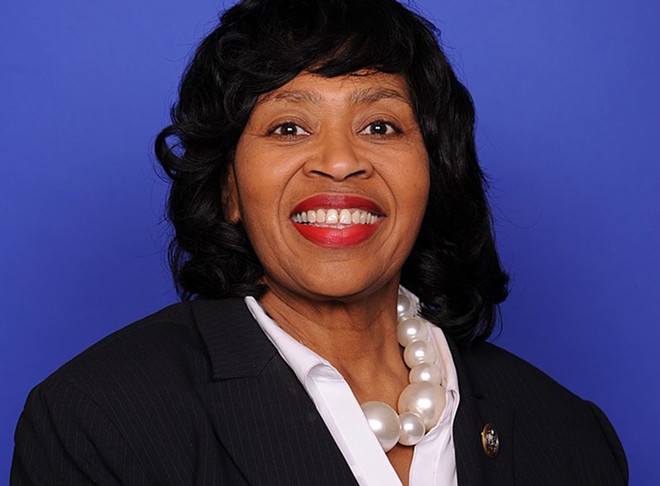 Brenda Jones says she will not seek another term as Detroit City Council President.

"It is my highest honor to be the Detroit City Council President," Jones said in a statement. "However, after much consideration and prayer, I have decided not to seek another term."

In the statement, Jones, 61, touted her accomplishments during her 16-year career on City Council.


"I am most proud of the opportunity to lead through the COVID-19 pandemic," she said. "I am honored to be the first Council President to ever hold virtual meetings in the City of Detroit. It is important for government to continue to operate and provide the best service we can under these dire conditions."

She added, "It is my pleasure to serve Detroit. The city will always be my heart and soul. I thank all my constituents and colleagues who have supported me throughout the years. I send best wishes to the next term of Council men and women who will continue the work we started. I have fought for and with residents to guarantee opportunities for all Detroiters. I will continue to stand with Detroit. Detroit is my home."

Jones was first elected to the Detroit City Council in 2005, and was elected as its president in 2014 and 2018. She also briefly served as a member of the U.S. House of Representatives for Michigan's 13th congressional district, succeeding John Conyers in a 2018 special election after he resigned following allegations of sexual harassment, raising questions whether she could serve both on City Council and in the U.S. House. Conyers had held the seat since 1965.

The position was short-lived: Jones was then defeated by Rashida Tlaib in the 2018 primary, and was again defeated by Tlaib in 2020.