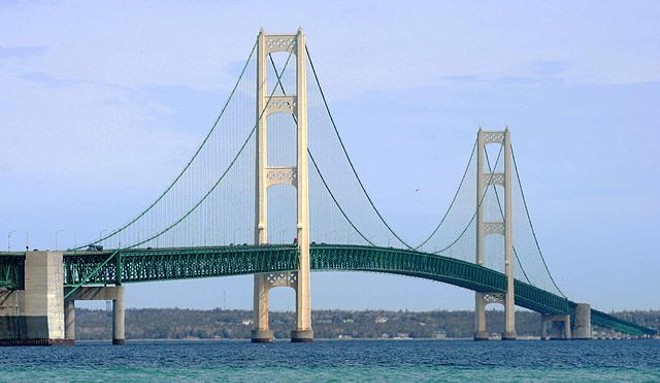 Environmental groups, business leaders and tribal members describe the 68-year-old dual pipeline as a "ticking time bomb" that could erupt in an oil spill at any time.

Anneke Myers — a member of the Mackinac Island City Council — said any type of fracture to the aging line, which runs in the Straits of Mackinac, poses a serious threat to the area's tourism business and natural resources.

"Our drinking water source is Lake Huron, and we would be without drinking water during a major spill event," said Myers. "And in that event, we would be forced to evacuate. The overall effect of a Line 5 rupture would devastate our economy, the history and our way of life on Mackinac Island."

Canada-based Enbridge, industry groups and labor unions believe a Line 5 shutdown would ruin Michigan's energy supply and damage the economy. Company spokesperson Ryan Duffy says Enbridge will not stop operating the dual pipeline unless a court or regulator orders it.

She said Michigan's tribal nations have worked with officials to protect the Great Lakes since treaty times, and this cooperation must continue.

"Line 5's continued operation," said Gravelle, "lengthens the life of a corroded, dented, aging pipeline that is an immediate threat to the treaty-protected rights and resources of tribal nations in the State of Michigan, and provides limited value to our families and businesses."

Line 5 carries more than a half-million barrels of oil and natural gas liquids a day between Michigan's Upper and Lower Peninsulas. Built in 1953, the dual pipeline was meant to last 50 years.