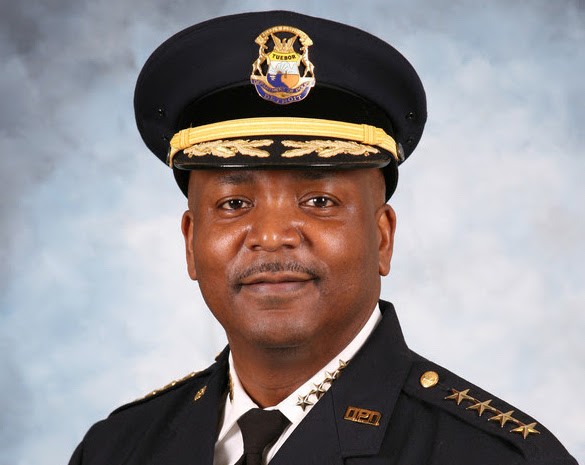 James White, a longtime Detroit cop who became director of the Michigan Department of Civil Rights last year, will serve as the city’s interim police chief.

Mayor Mike Duggan announced the appointment Monday and said White will fill the role on June 1, when Chief James Craig is set to retire.

"The level of talent within DPD, and that has come through DPD, is extraordinary and each of the individuals I met with are deeply respected and would make outstanding interim chiefs,” Duggan said. “However, James White has the depth and breadth of experience that I feel have prepared him to lead this department forward."

Under the city charter, the Detroit Board of Police Commissioners must hire a search firm to find Craig’s permanent replacement and then provide the mayor with a list of final candidates. Duggan then chooses the next chief.

White said he plans to vie for the permanent chief job.

“I’m going to compete for this job and I might not get it,” White said. “No one is going to outwork me. They might be smarter, but they won’t outwork me.”

For now, White said his focus is on combating crime.

“We have to get this crime situation under control,” White said. “It’s the absolute No. 1 thing on my mind day in and day out. People deserve to be able to walk down the street safely without being accosted.”

“What happened in this country can’t be forgotten,” White said.

White was born and raised in Detroit and rose through the ranks of the police department soon after graduating from high school. He became one of the city’s youngest sergeants and later received a sociology degree from Wayne State University. He also earned a masters of science in counseling from Central Michigan University and became a licensed mental health counselor.

“Throughout his career, and especially during his years as Assistant Chief, Mr. White worked closely with Chief Craig and was involved in almost every aspect of police operations, policy, and administration,” the commissioners said. “He also worked extensively with the Board, and we continued to work collaboratively after he became Director of the Michigan Department of Civil Rights. He clearly has the knowledge, experience, and leadership to step right in and serve the City, the Department, and the residents as interim police chief.”

“He is extremely intelligent, competent, and measured,” Worthy said. “He accepts responsibility and is not quick to blame. In his dealings with me he has been even-tempered and is simply about getting the work done – he is not a glory seeker.”

Duggan said he expects White to "hit the ground running."

“James White could run any police department in the country,” Duggan said.