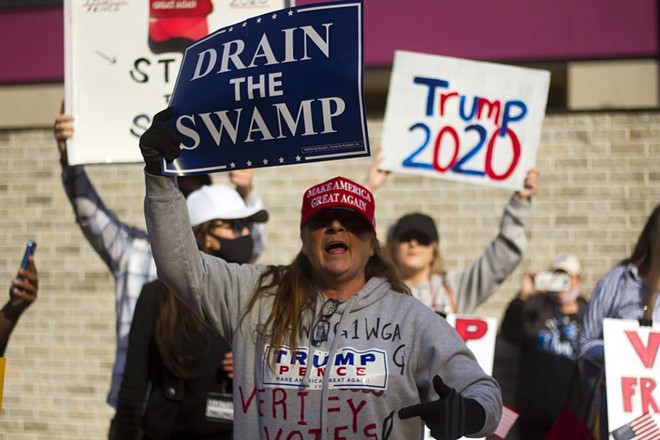 An Antrim County judge on Tuesday dismissed an election fraud lawsuit that was riddled with unfounded conspiracy theories.

The aim of the lawsuit was to force an audit of the 2020 election results in Antrim County, where former President Donald Trump and his supporters falsely claimed Dominion Voting Systems tabulators switched votes from Trump to Joe Biden.

Circuit Court Judge Kevin Elsenheimer, a former Republican state lawmaker, said the lawsuit was moot because the Michigan Secretary of State’s office properly concluded in March that the election was fair and accurate following a statewide audit.

“The dismissal of the last of the lawsuits attempting to undermine democracy in furtherance of the Big Lie affirms that despite intense scrutiny, and an unprecedented misinformation campaign, the 2020 election was fair and secure, and the results accurately reflect the will of the voters,” Secretary of State Jocelyn Benson said in a statement.

Human error on election night led to rampant conspiracy theories about Dominion Voting Systems. Shortly after the polls closed, the county’s results initially indicated Biden had won the election in the conservative county. When officials spotted the error, they quickly corrected the numbers.

Trump and his supporters falsely claimed the brief error was evidence that Dominion's tabulators were rigged.

"Today’s ruling in Antrim County should be the nail in the coffin for any remaining conspiracy theories surrounding the outcome of the Nov. 3 general election,” Michigan Attorney General Dana Nessel said in a statement. “Time and time again, people have filed frivolous lawsuits in an attempt to undermine the integrity of our democratic process in Michigan. I applaud the Court for correctly concluding that there was no relief that could properly be granted on the claims presented."