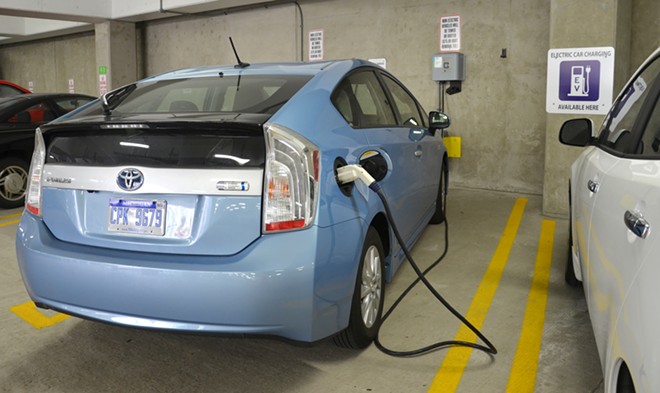 Mayors and county commissioners are joining a global campaign to cut greenhouse-gas emissions in half by 2030 and to zero by 2050 through action at the local level.

Three communities that have joined the campaign, called "Race To Zero," are here in Michigan; Ann Arbor, Washtenaw County, and Ferndale.

Melanie Piana, mayor of Ferndale and certified climate change professional through the Association of Climate Change Officers, said it's an opportunity to work with other local leaders and technical partners to first measure and catalog the community's carbon emissions, then develop community-driven climate action plans.

She pointed out Ferndale has just recently concluded its carbon inventory.

"We really look forward to having our residents put real thought and ideas into, 'What are the best strategies for Ferndale to address and invest in as a community to lower the carbon in transportation, waste management, and buildings?'" Piana explained.

She noted those three sectors are some of the biggest emitters across communities.

The group ICLEI-Local Governments for Sustainability has been working to help facilitate the campaign in the U.S., by providing protocols and methodologies and helping cities stay on track for carbon neutrality by 2050.

Piana emphasized as part of addressing the carbon footprint, Ferndale is also trying to adapt to the changing climate in the region. She recounted flooding has been a major issue with increased intensity of storms, most notably a 2014 torrential rain that flooded 80% of the city's homes. She added the region is predicted to become hotter over the next few years.

"So between hotter and wetter, we're looking at how does our system-sustainability actions and strategies address that," Piana stressed, "And the region really is taking a look at how to improve our stormwater infrastructure."

"We think a lot about what does it cost to put up solar panels and whatnot, but what are community's already paying in terms of flood damages and things like that? There's certainly a cost there," Fyfe remarked.

She observed Ann Arbor is committing to a target of carbon neutrality by 2030, in part through electric vehicle deployment and updated building codes. And she reported leaders in Washtenaw County are big proponents of nature as a method of carbon mitigation.

She hopes actions taken by these communities will inspire others to join on as well.