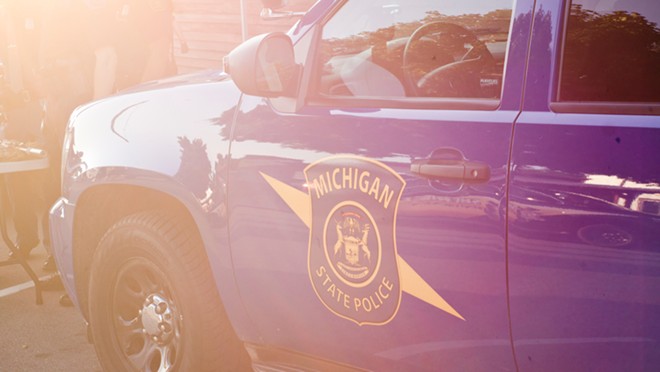 A 41-year-old Black man who was viciously attacked by a police dog for nearly four minutes after he had surrendered following a car crash in Lansing in November has filed a lawsuit against Michigan State Police and a trooper.

The civil rights lawsuit comes nearly three months after Trooper Parker Surbrook, who is white, was charged with felonious assault for siccing the dog on Robert Gilliam, who was bitten in the genitals, face, neck, legs, arms, chest, and pelvis as he screamed and writhed in pain.

“I felt like a slave as I pleaded with the officer to call the dog off me,” Gilliam, of Washington state, said in a statement. “I could not move, I was unarmed, I did not threaten the officers. I have permanent scars from the top of my head to my legs. I truly thought the dog was going to kill me.”

Gilliam’s attorney Maurice Davis said the trooper “betrayed his badge and betrayed this citizen with his cruel, racist and reckless behavior.”

“Historically dogs have been used as a tool for intimidation and control of African Americans since the inception of slavery,” Davis said in a statement. “As Black people we must stand up and fight for what’s right. We must stand up to racist police officers who abuse their power. We must show them that Black lives matter.”

The incident began about 11 p.m. on Nov. 13, when troopers asked Gilliam to pull over a car in which the passenger was suspected of having a gun. Gilliam fled and crashed into a tree, breaking his hip.

When Surbrook arrived, he deployed his canine on the Gilliam, who was on the ground and injured from the crash.

"Stop him! Stop him!” Surbrook ordered the canine. “Stay on the ground, motherfucker.”

Gilliam quickly surrendered, but for several minutes, the dog continued to bite him as he pleaded with the trooper to subdue the animal. Gilliam was “not displaying physical active resistance,” a state police sergeant concluded in an incident report.

“I’m not moving, please get him,” Gilliam cried out, saying his leg was broken from the crash. “Please, sir, he’s on my face.”

Pointing his gun at Gilliam, Surbrook responded, “I don’t care.”

At one point, Surbrook also kicked the passenger in the chest and face.

After backup arrived, Surbrook ordered the dog to let go of the victim.

“Trooper Surbrook ordered his K-9 to torture my client,” Davis said. “Officers are not the judge, jury, and executioner. They do not get to decide a suspect’s punishment.”

Gilliam said he plans to testify at Surbrook’s preliminary exam on Friday.

“After the attack, the officers laughed and joked about what I went through,” Gilliam said. “I look forward to having my day in court. This is one step toward getting the justice I deserve.”