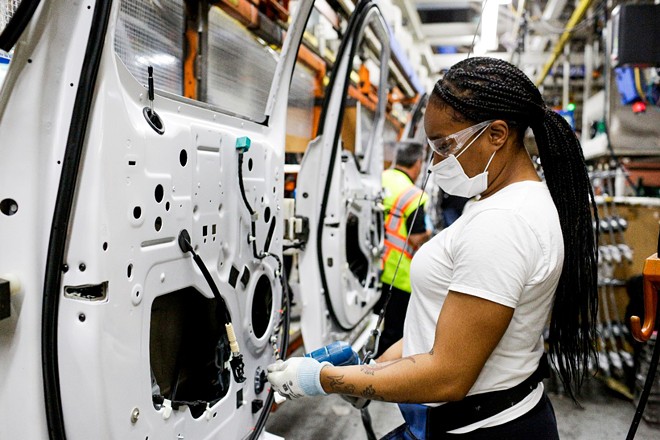 Laura Sherman, president of the Michigan Energy Innovation Business Council, a trade group, said electric vehicles represent where the industry is going globally, and Michigan automakers are also moving in that direction.

"We're getting a lot more companies who are building the batteries for electric vehicles, building up that supply chain here," Sherman observed. "Obviously, the automakers work with a huge network of suppliers. And so, I think there's a lot of opportunities for job growth."

The report estimates 7% job growth this year in Michigan's advanced-energy sector, which already employs more than 120,000 people in the state, which is more than work manufacturing motor-vehicle parts.

The highest number of advanced-energy jobs are in energy efficiency, followed by solar, wind and hydro; battery storage and grid technology; and electric transportation.

Sherman added electrifying transportation, especially public transit and larger vehicle fleets, could make a difference in cities for historically disadvantaged communities that have been affected most by air pollution.

"I think there are a lot of places in Michigan where you have highways cutting through neighborhoods," Sherman remarked. "And if we could clean up those diesel trucks that are idling in the neighborhoods, you're going to positively impact the communities."

Congress is negotiating the broader infrastructure package, originally tagged at more than $2.2 trillion. Republicans have come back with smaller proposals and so far, no agreement has been reached.