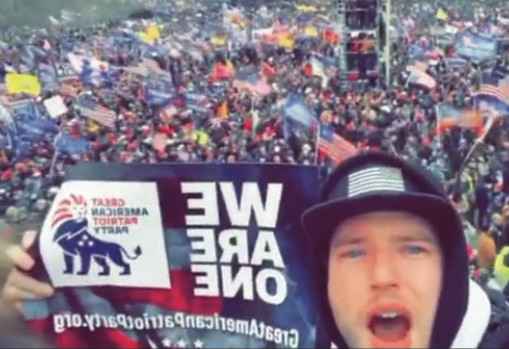 A Novi man who bragged on social media about “storming” the U.S. Capitol on Jan. 6 has been charged for his role in the insurrection.

Trevor Brown was initially arrested while trying to push his way through a group of police officers in riot gear shortly after 4 p.m. on the day of the riot, the FBI said in federal court records. Videos show Brown near the front of a violent crowd that was assaulting police.

At the time, Brown was taken to a police station in zip-tie handcuffs but not charged.

Now he’s facing charges of violent entry and disorderly conduct on Capitol grounds, obstruction of law enforcement during a civil disorder, knowingly entering or remaining in a restricted building without lawful authority, disorderly and disruptive conduct, and parading, demonstrating or picketing in a Capitol building.

Brown is the 11th Michigan resident to be charged in connection with the insurrection.

The FBI received at least three tips about Brown’s involvement in the riot after he posted photos and videos from the Capitol building on Facebook and Instagram.

“Who knew the first time I’d go to DC I’d be storming the Capitol – and make it in,” Brown posted on Facebook the day after the riot.

He also wrote, “Today th(e)se elitist creeps are getting the same thing we live with everyday, fear for their own safety.”

Brown said he hoped the insurrection was not the final action taken against Congress.

“We the people need one more solid rally like this and CONgress will be forced to bow and be thrown out for not representing the will of the people and charged with crimes against humanity,” he posted on Facebook.

He added, “Hopefully this is a trend that WILL start to bring change in there” and “It needs to get stormed every time they sell guys out to some industry.”

Brown complained on social media about the election and COVID-19 restrictions since Nov. 19.

“The only path to normalcy is over throwing the dictators. We compiled [sic] with the shutdowns. now its masks, now its vaccines. it won’t stop. they are manipulating,” he wrote on Facebook. 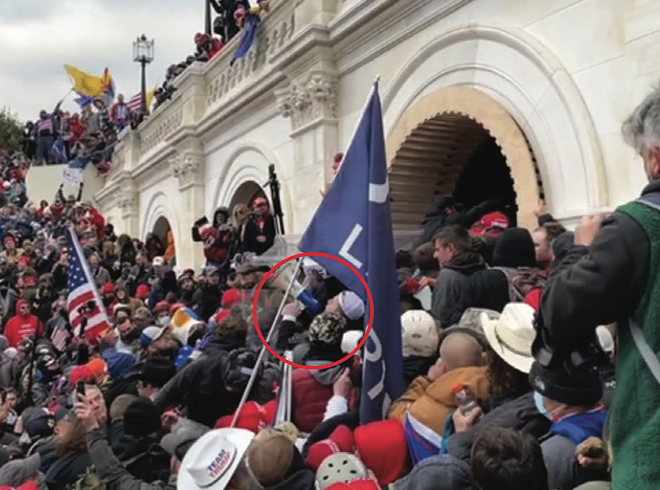 So far, the FBI has arrested about 535 people for participating in the insurrection, which led to the deaths of five people either during or immediately after the riot. About 140 officers also were injured.

The FBI is still trying to identify about 300 rioters.

Karl Dresch, 40, of Calumet, was the first Michigan resident to be charged in connection with the insurrection. He collected and sold right-wing paraphernalia out of his Calumet home and threatened “war everywhere if we let this election get stolen.”

Two Macomb County men – Daniel Herendeen, 43, of Chesterfield Township, and Robert Schornak, 39, of Roseville – were charged on March 18 with storming the Capitol.

Jeramiah Caplinger, 25, of Taylor, was arrested on April 6 and charged with participating in the riot.

Anthony Michael Puma, 48, who declared on Facebook that “war was coming” and “we might have to start killing some commie bastards” was charged May 27 with storming the Capitol.

Steven Thurlow, an Army veteran from Macomb County, posted images of himself on social media wearing a Boogaloo patch, camouflage, body armor, and gas mask with a knife and AR-15 rifle. He was arrested last month.