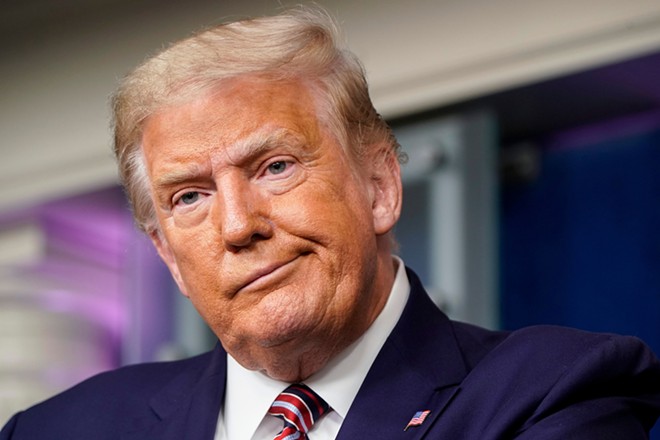 A federal judge on Monday excoriated former Trump campaign lawyer Sidney Powell and other Republican Party attorneys over a lawsuit they filed in Michigan that made baseless claims of widespread voter fraud.

U.S. District Judge Linda V. Parker is weighing whether to reprimand the attorneys over what she called “fantastical” claims submitted in “bad faith.”

"Should an attorney be sanctioned for his or her failure to withdraw allegations the attorney came to know were untrue?" Parker said during a hearing over video conference. "Is that sanctionable behavior?"

Parker dismissed the lawsuit in December, which sought to overturn the election in Michigan in the favor of former President Donald Trump with unproven claims and conspiracy theories that the judge said at the time amounted to “speculation and conjecture.”

Michigan Attorney General Dana Nessel, who has called on the court to issue sanctions and start disciplinary proceedings on behalf of Gov. Gretchen Whitmer and Secretary of State Jocelyn Benson, said she’s hopeful of a positive outcome.

"After watching today's hearing, it remains clear these attorneys refuse to recognize the damage they've done by continuing to pursue and defend this lawsuit,” Nessel said in a written statement. “There is a big difference between responsibly advocating for a client and recklessly leveraging legal authority to perpetuate meritless arguments. As attorneys, we must uphold the oath we took to support the Constitution — not abuse it. I appreciate Judge Parker's diligence in handling our motion and remain confident our request for sanctions will be granted."

Parker has not yet ruled on possible sanctions and asked both sides to file more briefs.

David Fink, a lawyer for the city of Detroit, urged Parker to issue the “strongest possible sanctions” against the attorneys.

“These attorneys should never again be allowed to appear in court in our jurisdiction, or frankly anywhere else,” Fink said.

The baseless claims in the lawsuit, Fink argued, led to the deadly Jan. 6 insurrection at the U.S. Capitol.

“We can’t undo what happened on Jan. 6, but this court can do something to let the world know that attorneys in this country are not free to use the courts to tell lies,” Fink said in a closing statement. “These lawyers should be punished for their behavior.”

Powell denied wrongdoing and said she had a duty to file the lawsuit.

“We have practice law to the highest standards,” Powell said.

“If we allow their willful misleading of the public and their purposeful attacks on our democracy go unchecked, then we all lose,” Benson said in a statement. “Actions have consequences. We will continue working alongside the courts and Attorney General Nessel to see the men and women who attempted to deceive the American public by spreading misinformation are held accountable for those falsehoods, and face theirs.”