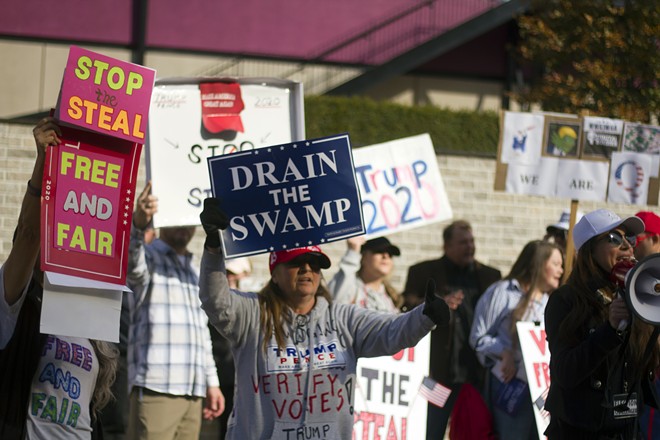 Michigan Republican Party Executive Director Jason Roe, who has come under fire from conservatives for blaming former President Donald Trump – not voter fraud – on his election loss, has resigned.

Trump loyalists have called for Roe’s resignation for months after he refused to indulge baseless conspiracy theories about election fraud.

His departure is the latest sign that Trump will remain the face of the Republican Party in Michigan, where conservative activists continue to peddle falsehoods about the election.

Since the election, Roe has pushed back on claims of widespread fraud.

“The unfortunate reality within the party today is that Trump retains a hold that is forcing party leaders to continue continue to down the path of executing his fantasy of overturning the outcome – at their own expense,” Roe told Politico in November. “Frankly, continuing to humor him merely excuses his role in this. The election wasn’t stolen, he blew it. Up until the final two weeks, he seemingly did everything possible to lose. Given how close it was, there is no one to blame but Trump.”

In May, more than 500 conservative activists called on the Michigan Republican Party to censure and remove Roe.

Meshawn Maddock, the co-chair of the Michigan GOP, is an outspoken Trump loyalist who peddled falsehoods about the election and organized busloads of Michigan residents to travel to Washington, D.C. for the Jan. 6 rally that devolved into a violent insurrection. In May, Maddock suggested on Facebook that Michigan should secede from the U.S.

“Those that have attempted to right the ship and focus on the facts — whether it be about 2020 or if COVID-19 is real – have met the same end as Jason Roe,” Applewhaite said in a written statement Wednesday. “Extremists are no longer on the fringes of the Republican party, they are its new foundation and are fully strapped into the driver’s seat.”