‘There will never be another Carl Levin’: Michigan’s longest-serving U.S. senator dies at 87 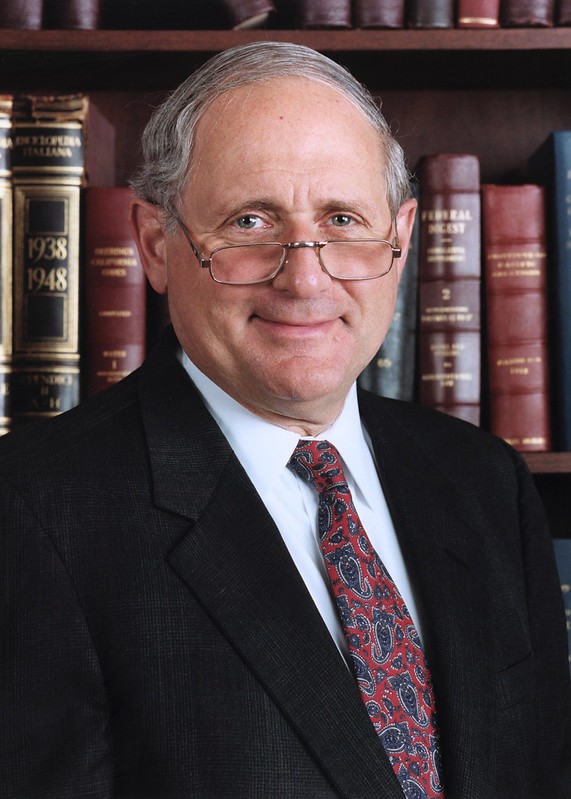 Carl Levin, former Detroit City Council member and U.S. senator, died Thursday at 87. The cause of death is not known.

The Levin Center at Wayne State University issued a statement, saying, “With great sadness and heavy hearts, the [center and family] announce the passing of Senator Carl Levin.”

Levin, a Democrat, served on Capitol Hill between 1979 and 2015 and chaired the powerful U.S. Senate Armed Services Committee. He announced that he would not seek another term in 2013 and retired the next year.

The Detroit native earned a bachelor’s degree from Swarthmore College and a law degree from Harvard Law School. Prior to being elected to the Detroit City Council in 1969, Levin worked as general counsel for the Michigan Civil Rights Commission. Levin, along with his brother, former U.S. Rep. Sander Levin, have been fixtures in Democratic politics for more than 50 years.

“As a former local official, I understood the importance of responding to people in need, listening to even the smallest voice, and working hard on behalf of the people with honesty, integrity, and civility,” Carl Levin wrote in his memoir, “Getting to the Heart of the Matter.”

As he walked about the Capitol in a rumpled suit, almost always with a plain white shirt and pedestrian tie, carrying bulging files with the occasional paper flying away, Carl was the very picture of sober purpose and rectitude. In truth, he wasn’t unfun. In fact, he often pierced tense situations with self-deprecating humor, and he privately shared incisive observations about others with staff and colleagues.


U.S. Rep. Andy Levin (D-Bloomfield Twp.), is Sander’s son and Carl’s nephew and was elected in 2018. He said that his uncle “personified integrity and the notion of putting the public good above self-interest.”

“As he walked about the Capitol in a rumpled suit, almost always with a plain white shirt and pedestrian tie, carrying bulging files with the occasional paper flying away, Carl was the very picture of sober purpose and rectitude. In truth, he wasn’t unfun. In fact, he often pierced tense situations with self-deprecating humor, and he privately shared incisive observations about others with staff and colleagues,” said Levin.

“But Carl was all about the work, and the great honor the people of Michigan had bestowed upon him with their votes and their trust. He did not seek to divine their views to be popular, but rather to study the issues and advance the people’s interest to the best of his ability. Uncle Carl met with more presidents, kings, queens and other important people than all but a few of us ever will. But he treated them all the same as he did a Detroit auto worker or a beet farmer in Michigan’s Thumb – with a full measure of dignity but no airs, ever ready to puncture self-importance, posturing, mendacity and avarice.”

“Carl paved the way for a safer planet, helped pass several nuclear weapons and missile treaties, and spoke out courageously against entering the war in Iraq. He made Michigan a safer and better place for our families, securing funds to create the Detroit Riverwalk and writing the bill that established Sleeping Bear Dunes National Park. Carl would often wear his glasses on the tip of his nose, but he saw the best in us. He saw what we were capable of when we came to the table as Michiganders, as Americans, to get things done. Carl devoted his life to public service, and it is up to us to follow his example.”

“His no-nonsense, brutally honest approach to politics is what gained him respect across the aisle. I greatly admired his unwavering commitment to doing what was right – even if it wasn’t easy – and his passionate approach to understanding every single issue he voted on. We all could learn a great deal from his service. My thoughts are with his loved ones. There will never be another Carl Levin.”

“A light has gone out today in Michigan that can never be replaced,” said Benson. “I have no words to express what Senator Carl Levin and his lifetime of dedication to our city, state and country meant to me and so many of us who seek to serve and lead during these uniquely divided times.”

He always believed that our government could be a force for good, and he spent his career showing all of us how it’s done.

U.S. Sen. Gary Peters (D-Bloomfield Twp.) was elected in 2014 to the Senate when Levin retired.

“As chairman of the Senate Armed Services Committee, Senator Levin focused on ensuring our military was equipped to address growing threats. As chair of the Permanent Subcommittee on Investigations, he held those in positions of authority accountable – especially those responsible for the Wall Street collapse and the ensuing economic recession.”

“He always believed that our government could be a force for good, and he spent his career showing all of us how it’s done,” said Stabenow.

“His legacy will live on forever in the hearts of Detroiters. My heart goes out to his family at this difficult time,” said Duggan.

The Detroit-Wayne County Port Authority’s public dock and terminal is named in Levin’s honor; so is a street in Detroit’s Lafayette Park community where he lived for many years.

Originally published July 30, 2021 by MichiganAdvance.com. It is republished here with permission.

Email us at le[email protected].