Michigan city could ban abortion, become 'sanctuary for the unborn' — which is truly horrifying 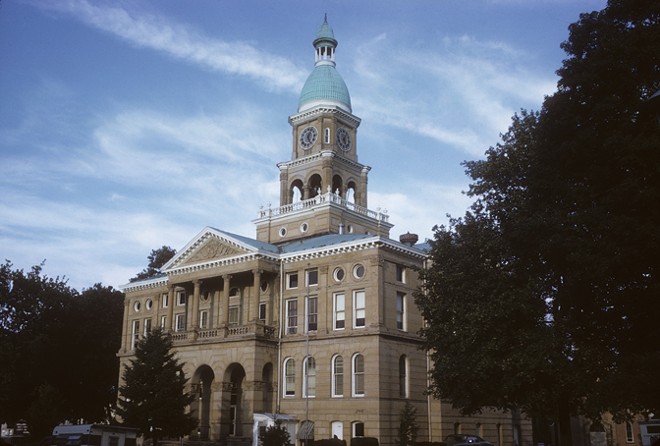 One Michigan city could join the nearly three dozen U.S. cities that have adopted the label "sanctuary for the unborn" by banning abortion and fining those who provide abortion services.

Those found assisting someone in getting an abortion — be it financially, by providing transportation to clinics or doctors, or even just offering information — would be in violation of the ordinance and would face a maximum of 90 days in jail and a $500 fine.

However, those exempt from the ban include those whose lives are at risk as a result of pregnancy/giving birth or those who endure a miscarriage or ectopic pregnancy and require an abortion to avoid immediate risk and/or future complications. Under the proposal, women who have an abortion, or attempt to, will not face the suggested fines or jail time.

It gets better, and by better we mean worse. The new ordinance would also make it so Hillsdale citizens can file civil lawsuits on people they suspect are in violation of the ordinance, even if the person was merely intending to. Oh, and should a Hillsdale woman experience a spontaneous miscarriage, the ordinance makes it so that that woman's body trauma can be investigated and potentially prosecuted.

There is a silver lining, though, thanks to Roe v. Wade and Planned Parenthood v. Casey. Sure, the ordinance, once approved, can be enforced immediately. However, the ordinance cannot prevent residents of Hillside from seeking an abortion outside of city limits. Currently, there are no health care providers in Hillsdale County, including Hillsdale Hospital, that provide abortions.

Though the proposal, which was drafted by Mark Lee Dickson, the director of Right to Life of East Texas and founder of the Sanctuary Cities for the Unborn Initiative, has plenty of council and resident support, there have been protests, with another planned for Tuesday evening, and a Change.org petition launched by concerned citizens has already received 800 signatures in an attempt to stop the ordinance which appears to be on the fast track to approval.

"Hillsdale County has one of the lowest rates of COVID vaccination in the state," one petition signee's comment reads. "Unvaccinated people are choosing to spread and give a deadly disease to others because they say it's 'their body' or 'their choice.' But apparently, women's bodies are not their own — they belong to the City of Hillsdale. Unbelievable hypocrisy."

Another says: "As a woman who suffered a devastating miscarriage in Hillsdale, and having seen the prosecutor literally dedicate his free time to anti-choice causes, this unlawful attempt at the behest of local officials to subvert the Supreme Court is not only appalling to me, it's absolutely terrifying."