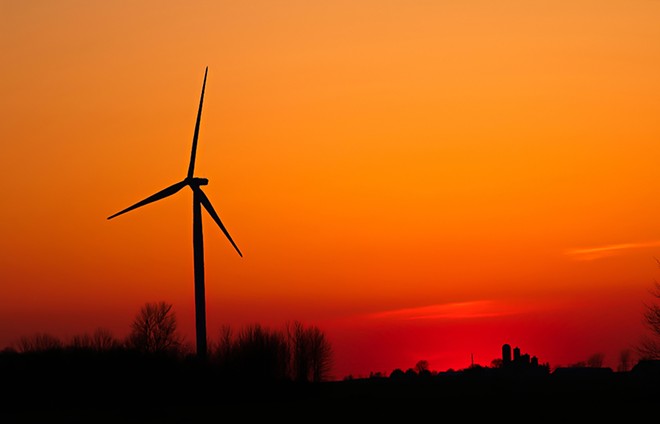 As Congress works on an infrastructure package, advocates for climate action say bold steps to curb greenhouse-gas emissions and transition to a clean-energy economy are necessary and urgent.

The Senate passed a bipartisan infrastructure deal last week - for broadband access, roads, bridges and Amtrak - but Democrats in the House of Representatives say it needs to go hand in hand with a $3.5 trillion bill focused on poverty, health care and climate change.

Angella Durkin - chief operating officer of the nonprofit Next Energy in Detroit - said Michiganders are feeling the impacts of the warming climate, pointing to storms throughout the state last week that flooded many homes.

"Those once-in-100-year storms that are now happening, like, a couple times in a summer," said Durkin, "it's the reason why we need to get moving on climate change."

Durkin added that the U.S. and Michigan in particular have the opportunity to be leaders in clean technology, from clean transportation to energy-efficient homes and buildings.

Tina Catron is a Michigan climate organizer for the Environmental Defense Action Fund. She emphasized that these investments are particularly critical for communities living near highways, refineries or power plants - which she added Michigan has many of.

She pointed to last week's UN report that outlines what we know about the harm climate change is causing the environment and communities.

"We all saw the IPCC report, making it clear that we have no time left," said Catron. "And so many folks are starting to recognize this. There's power in numbers."

According to the UN report, the Earth is likely to warm 1.5 degrees Celsius in the 2030s - the limit beyond which scientists say we won't be able to reverse the impacts of climate change.

It notes there still are paths to keep the global temperature below the limit, but they would require rapidly cutting emissions to net zero now.

Originally published Aug. 16, 2021 by Michigan News Connection. It is republished here with permission.