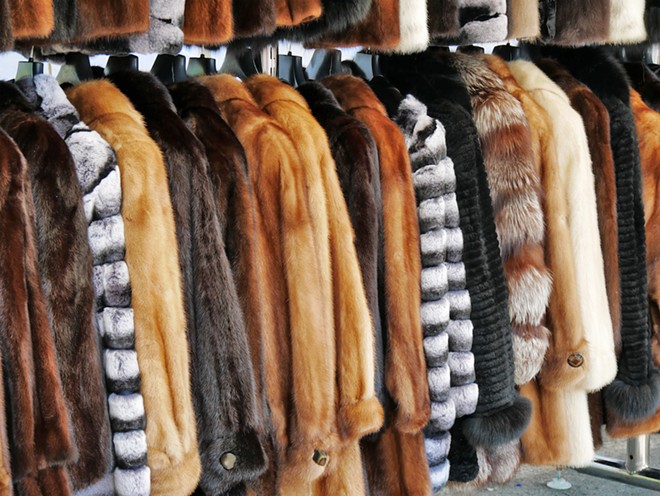 Ann Arbor is putting the F-U in fur with its latest ordinance.

On Monday, Ann Arbor City Council voted unanimously to prohibit the sale of new fur items, like coats, capes, muffs, wraps, and stoles, and is believed to be the first city in the Midwest to do so, The Detroit Free Press reports.

The city will allow retailers to sell their fur inventory over the course of the next year. Once the ordinance takes effect in 2022, individuals and retailers will legally be allowed to sell used fur items. Other notable exemptions to the ordinance include animal products procured by Native Americans for "tribal, spiritual, or cultural purposes." Cowhide, deerskin, lambskin, or pelts intended for taxidermy or leather production are also not included in the ban.

Those who are found selling new fur products will face a $500 fine per violation/sale.

"Ann Arbor has now become the Midwest leader in the fight against the fur industry," Michigan state director for the Humane Society of the United States Molly Tamulevich said in a statement. "It’s clear the people of Ann Arbor care about animals and want nothing to do with fur."

The ban also cites a recent incident in which a Michigan taxidermist became infected with a mutation of the COVID-19 virus, which was also found in an infected mink. Though it isn't clear if the infected mink was responsible for transmitting the virus to the taxidermist, outbreaks were reported throughout more than 400 mink farms in the U.S. and Europe which led to the extermination of 20 million mink.

"Fur farms are reservoirs and transmission vectors for dangerous zoonotic diseases," the ordinance continues, adding that the fur production is also an "energy-intensive" process that has a "significant environmental impact," including air and water pollution.

Earlier this year, five states introduced similar legislation as Ann Arbor, and in 2019, California became the first state to pass a ban on new fur product sales and manufacturing. However, the ban won't take effect until 2023.