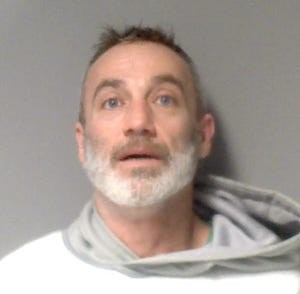 A 49-year-old Charlotte man charged with two terrorism-related felonies for allegedly phoning in a bogus bomb threat at the state Capitol and threatening a Michigan lawmaker and her family is headed to trial.

“My office will not tolerate threats to our democracy or elected officials,” Michigan Attorney General Dana Nessel said in a statement. “Mr. Varrone being bound over to stand trial on these charges affirms that commitment.”

Varrone, who is out of jail on bond, is accused of calling the state Capitol on Jan. 7 and saying everyone needed to be evacuated because the building was going to explode. The building was temporarily closed before authorities determined the threat wasn’t credible.

The call came one day after hundreds of Trump supporters stormed the U.S. Capitol.

Varrone also is accused of calling the state House of Representatives six times on Dec. 12 and threatening state Rep. Cynthia Johnson, D-Detroit, and her family. In a voicemail message at Johnson’s legislative office, Varrone made no effort to conceal his identify and even spelled his name.

Several days earlier, Johnson made national news for warning “Trumpers” on social media to “tread lightly” after she received threatening voicemails calling for her to be lynched.

“If there is one more threat by a Democratic person in Michigan that’s supposed to represent me, I will personally come down there and take over that (expletive) building at the Capitol,” the voicemail said, according to an affidavit filed in the case. “If I’m threatened by another senator or anybody like Cynthia Johnson, I’ll personally take care of that (expletive) and their whole (expletive) family.”

"Threats to our democracy must not be tolerated, and my office will work tirelessly to ensure the people who work and visit our Capitol can do so safely," Nessel said after filing charges against Varrone in January.

"I am grateful this incident did not result in any serious injury or harm. However, I hope this incident and the disgraceful tragedy that occurred Wednesday at our nation's Capitol in Washington, D.C., can serve as reminders of the security measures we must work to maintain and improve to protect the sanctity of our democracy and the safety of our people."