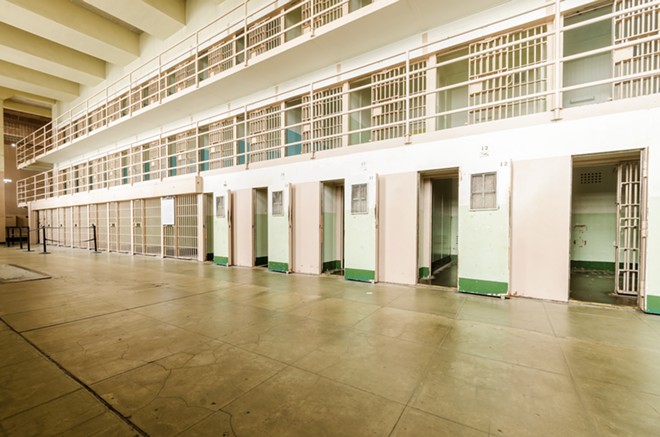 A current and former deputy warden are suing the Michigan Department of Corrections, alleging they were denied promotions because they are Black and were retaliated against for launching racial discrimination complaints.

The lawsuit, filed in Wayne County Circuit Court, alleges Donald Ricumstrict, of Detroit, and Darrell Steward, of Muskegon, applied multiple times for warden positions and were passed over for less qualified white candidates. In just the first half of this year, both men applied for six vacant warden positions and were turned down for each. Five of the positions went to white applicants, according to the lawsuit.

Ricumstrict, a 29-year veteran of MDOC and a deputy warden since November 2011, took a medical stress leave in July after he said he was mistreated and subjected to three “arbitrary” disciplinary actions in retaliation for filing a racial discrimination complaint internally and with the U.S. Equal Employment Opportunity Commission.

Steward, a deputy warden since 2008, said he retired in June because he had “lost all faith" in MDOC because of its "willingness to discriminate.” He was the only acting warden who was not hired to fill a permanent warden role earlier this year, according to the suit.

The men’s lawyers, Jim Rasor and Andrew Laurila, say MDOC’s treatment of their clients is part of a systemic problem throughout the department.

“We have had many meritorious lawsuits for this outrageous and egregious racial discrimination, which seems to be baked into their workplace culture,” Rasor tells Metro Times. “It’s outrageous that tax dollars are being used to keep this toxic, racist work environment alive.”

With a $1.88 billion budget, MDOC is the largest department in Michigan.

The lawyers also are representing Bridget Cadena, a former corrections officer who sued MDOC and alleged she was harassed after a coworker identified her as a lesbian. The lawsuit is expected to go to trial soon.

“She loved her job and enjoyed interacting with the prisoners, and they basically ran her out,” Laurila tells Metro Times.

Rasor says he offered to consult with MDOC “to make the department a safe and compliant workplace,” but officials declined.

“If you want to be successful at MDOC, you have about a four times better chance if you are a white male,” Rasor says. “It is a culture dominated by white men.”

When employees complain, they are often written up for violating “very vague and opaque” internal work rules, Laurila says.

“They use these rules against their employees,” Laurila says.

MDOC declined to comment on the lawsuit, citing pending litigation, but referred Metro Times to the department's court response, which denies that prison officials discriminated against the deputy wardens and retaliated against them.