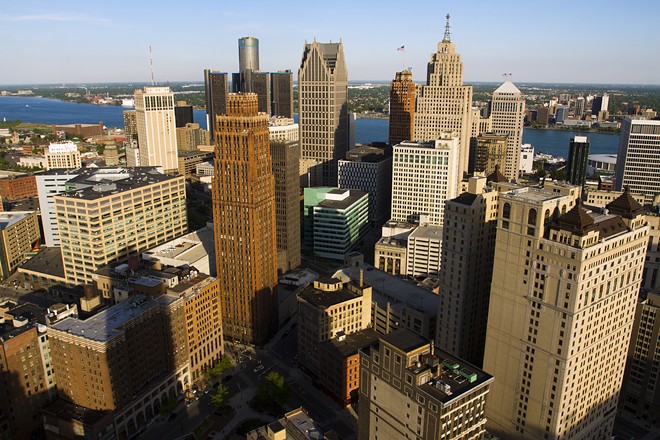 Detroit's unemployment remains at 25% after the COVID-19 pandemic wiped out thousands of jobs in an already battered economy, according to a recent University of Michigan survey.

The survey of 1,898 Detroiters, conducted between June 2 and July 9, paints a bleak portrait of the city’s economy more than a year and a half after the first COVID-19 case was detected in Detroit.

About 47% of unemployed Detroiters have been out of work for more than a year, 33% have been without a job for six to 11 months, and 20% lost their jobs in the past five months.

Black and Latino Detroiters were far more likely to be unemployed than their white counterparts. The unemployment rate was also disproportionately high for low-wage earners, people without a college degree, and adults in households with children.

"Unemployment remains a significant problem among Detroit households, and like so many issues, it does not fall evenly across Detroiters," Elisabeth Gerber, one of the survey's researchers and a professor of public policy, said in a statement. "We see ongoing evidence of the pandemic as an economic crisis as well as a public health crisis."

About half of those without a job say their workplace closed during the pandemic, and another half said they were laid off due to the pandemic.

Detroiters aren’t giving up on finding a job, but many are skeptical that the economy will turn around anytime soon. About 77% of unemployed Detroiters are still looking for a job, the survey found.