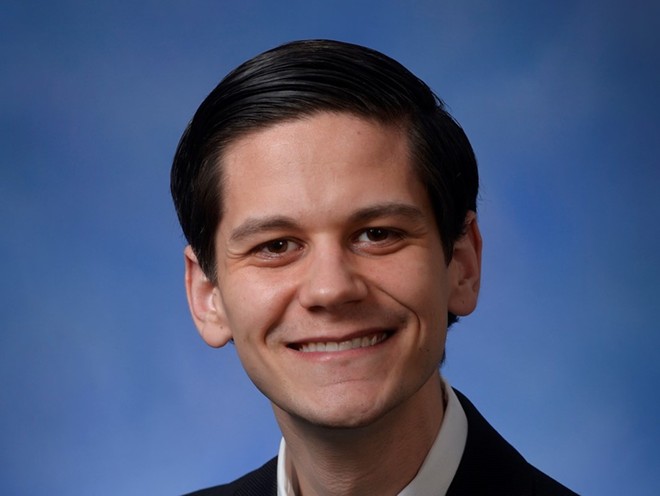 State Rep. Steve Marino was stripped of his legislative committee assignments on Tuesday, a rare move that is usually reserved as a form of discipline.

The Harrison Township Republican was removed from his chairmanship of the coveted Commerce Committee and replaced by Pauline Wendzel, R-Waterliet.

"Rep. Marino is no longer the chair of the Commerce Committee and no longer serves on the Local Government committee. Rep. Pauline Wendzel has been appointed to serve as the committee chair," Wentworth’s spokesman Gideon D'Assandro told Metro Times in a statement. "The speaker trusts Rep. Wendzel to carefully review important legislation related to Michigan’s economy and make strong recommendations to the rest of the House of Representatives."

Marino, a former lobbyist and one-term Macomb County commissioner, was first elected to his House seat in November 2016.

His political career was not without controversy.

In a secret recording during his first campaign, Marino claimed he was pressured to pay a bar tab for former state Rep. Al Pscholka’s daughter’s “Jewish wedding.” Marino later retracted the comments and said he was joking.

In 2016, Marino canceled a waterfront fundraiser after it was revealed that the host was Jennifer Franklin, who was indicted in an opioid drug ring.

In March 2020, the FBI interviewed Marino about allegations that he pressured state Rep. Larry Inman, who was indicted on charges of attempted extortion, bribery and lying to an FBI agent, to change his vote on Michigan’s prevailing wage law.