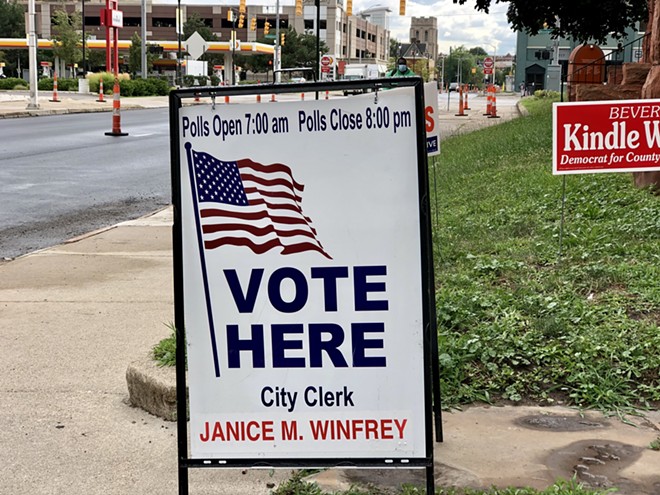 The Michigan Board of State Canvassers approved the Secure MI Vote petition with a 3-0 vote. Canvasser Julie Matuzak, a Democrat, was absent from the meeting.

The petition is intended to enable Republican state lawmakers to circumvent a veto from Gov. Gretchen Whitmer. A peculiarity in Michigan’s constitution allows the Legislature to bypass the governor and approve a law if more than 340,000 voters — or at least 8% of the total number of votes cast in the last gubernatorial election — sign a petition to create a ballot initiative.

Secure MI Vote will have six months to collect the minimum number of signatures to allow lawmakers to vote on it.

“Volunteers from all over Michigan are excited to hit the ground running and return election integrity to our state,” Secure MI Vote said in a statement. “The hill we have to climb to achieve our goal is high, as it should be, because making law in our state is a serious undertaking that should have broad support. Our team is going to begin collecting signatures over the next two weeks and our goal is to complete the process well before the 180 day deadline … Together we can enact these common sense reforms which are supported by large majorities of voters across our state, and provide everyone with confidence in our electoral system.”

The petition calls for imposing strict photo ID requirements on voters who cast a ballot at polling locations or by absentee. The initiative would also bar the Secretary of State and clerks from sending unsolicited ballot applications, as was done in the 2020 presidential election, when a record 3.3 million people voted absentee.

Under the current law, voters who don’t have access to a photo ID can sign an affidavit attesting to their identity. The initiative would ban the use of affidavits and instead require voters to sign a provisional ballot, which would only be counted if voters present their ID to their local clerk’s office within six days of the election.

The ballot drive is just the latest effort by Republicans to impose new restrictions on voting after then-President Donald Trump and his ardent supporters have repeatedly made baseless claims that the election was mired in widespread fraud.

Shortly after the Board of State Canvassers approved the Secure MI Vote petition, Michigan Secretary of State Jocelyn Benson tweeted, “The Big Lie is no longer about overturning the 2020 election. It’s about planting seeds to overturn the next one.”