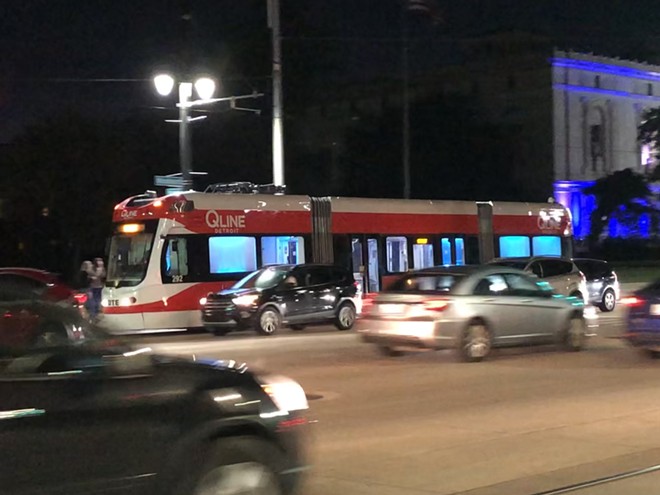 The operator of Detroit's QLine admits the streetcar fell short of its new goal of service every 15 minutes when it made its public return over the weekend.

The streetcar, which officially reopens to the public Monday for full service after closing during the pandemic, was temporarily reopened early on Friday and Saturday evening to give people a lift during Detroit's Dlectricity festival of lights.

Operator M-1 Rail had said it used the downtime to work toward getting the wait time for a streetcar down to 15 minutes.

That didn't go exactly as planned.

Reached by email, M-1 Rail spokesman Dan Lijana says that while he considers the return of the QLine to be a success, he admits that the service fell short of its 15-minute target.

"We are aware of a window where service fell short of our goal," he says. "We communicated with riders that reached out to us and adjusted to get back on schedule as quickly as possible."

He adds, "We are striving for 15 minutes or less service for every QLine customer and expect we will continue to improve every day that we are back in service. We can all agree that seeing passengers back on board the Qline was a welcome sight as we all work to emerge from the pandemic."

The QLine has been disrupted by delays due to Woodward Avenue traffic ever since it opened in 2017. Earlier this year, officials closed a stretch of Woodward in front of Little Caesars Arena to make a dedicated lane for the QLine and city buses to try and keep things moving.


Rides are free for the rest of the year, M-1 Rail says.