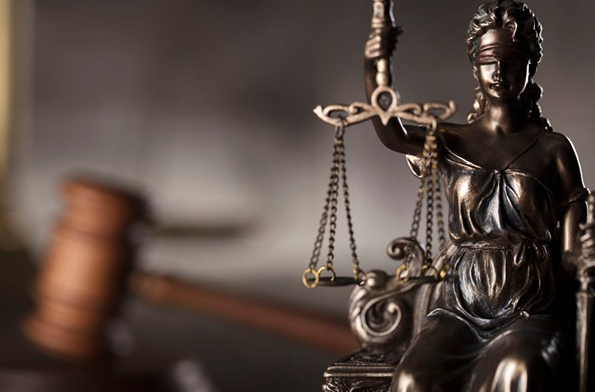 Hamtramck’s municipal attorney has been placed on leave and at least one council member is calling for his resignation after a lawsuit revealed that he ruthlessly mocked an activist who uses a wheelchair.

Hamtramck City Manager Kathleen Angerer placed James Allen, Sr., on unpaid leave on Sept. 30, a day after Metro Times posted a story about the lawsuit. But the city is still using his firm Allen Brothers.

In the lawsuit, Charles Blackwell, a 28-year-old government transparency advocate from Farmington Hills, argues that demeaning emails from Allen were intended to chill his right to free speech and deter him from “further engaging in activity protected by the Constitution.”

In one of the emails, Allen wrote, "God recognized evil and sentenced you to sit while people like me run free and spread our DNA into the universe like you can’t" and called Blackwell a "pathetic little wheel boy."

The emails came after Blackwell, who was paralyzed in a random drive-by shooting about eight years ago, sent a Freedom of Information Act request for contracts between Hamtramck and Allen’s law firm Allen Brothers.

Councilwoman Carrie Beth Lasley submitted a resolution calling on the city to end its contract with Allen Brothers, but she said the majority of her colleagues — all men — “were not offended enough” to support the measure. After hearing from residents who were upset by Allen’s insults, she is planning a protest at 400 Monroe St. in Greektown, where Allen Brothers is headquartered, at 3 p.m. on Tuesday, Oct. 12, four hours before the Hamtramck City Council meets.

Without enough support to fire the firm, Lasley submitted a resolution to reinstate Allen.

“If this is who we support as a Council then I think it is important that we are clear about where we stand, and not leave Mr. Allen’s fate in doubt,” Lasley said in a statement. “As a Councilwoman, it is also important that I make sure our taxes purchase the maximum legal resources for our community, which the leave of absence implemented unilaterally by the city manager fails to provide. If this is the work product that we pay for we have an ethical obligation to take responsibility for the legal services that we have contracted, paid for and publicly supported. Anything else is unfair to Mr. Allen. If this is who we want as our contractor, then I believe we have a duty to stand by his work, which was approved for payment at the last meeting.”

An online petition is also calling for the city to fire Allen Brothers and “replace them with a law firm that respects all residents of Hamtramck.”

“Hamtramck has many seniors and disabled residents, many of whom use wheelchairs for mobility,” the petition states. “Regardless of the context of which this email was sent — if this type of speech is allowed to go without consequence, what message does that send to the residents of Hamtramck?”

Some snippets of the emails include:

• “You surely deserved that bullet that God sent to put you where you are.”

• “Sit down and stay down where that bullet justly put you, punk. Back to your regularly scheduled sit down.”

• “I love to walk. And run. And do things that others can’t. God doth have a great sense of humor and, in your case, a keen sense of justice.”

• “I won’t be thinking of you later tonight when I do that thing that you can’t.”

• “I want you to know that you are where you are because you so clearly and richly deserve to be there.”

The lawsuit was filed by Tony D. Paris, of the Maurice & Jane Sugar Law Center for Economic & Social Justice, and Hannah Fielstra, of Ernst Charara & Lovell.

In a statement following the lawsuit, Allen said he regrets sending the emails.

“I can explain what led me to the point of stupidly using inappropriate and hyperbolic language directed at Mr. Blackwell, but I cannot excuse it,” Allen said. “I resorted to language born of frustration built up over 18 months, but I do not condone and I apologize for the language I used. I was wrong.”