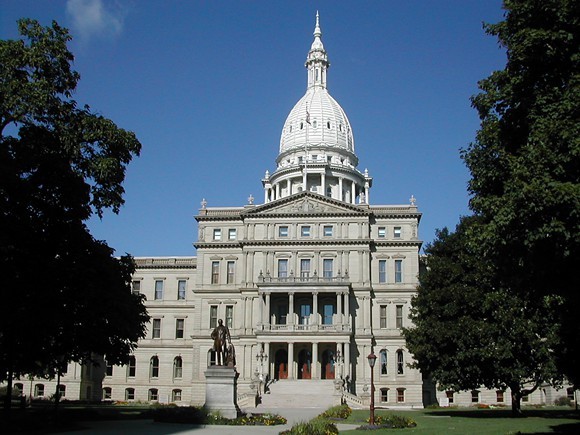 The Republican-controlled Michigan Senate on Wednesday approved a controversial bill that would impose new restrictions on voting, but Gov. Gretchen Whitmer has pledged to veto any measure that makes it more difficult to vote.

The Senate voted along party lines, 20-15, to implement strict voter ID requirements and prohibit election officials from sending unsolicited absentee ballot applications, which was done in the 2020 presidential election, where a record 3.3 million people voted absentee.

Democrats blasted the bill as a desperate and shameless attempt to restrict voting access after President Donald Trump lost in the general election in Michigan by 154,000 votes or 3 percentage points.

He continued, “When Donald Trump was elected, no one asked to change the law. Now, when you don’t like the results, do you question the integrity of the election.”

The bill would require voters to show their driver’s license or state ID to cast a ballot in person. Under the current law, voters who don’t have access to a photo ID can sign an affidavit attesting to their identity.

To request an absentee ballot, voters would be required to submit a photocopy of their driver’s license or state ID card or the last four digits of their social security number. It would be one of the strictest ID requirements for absentee voters in the country.

“We already have a voter ID law in Michigan,” Sen. Jeff Irwin, D-Ann Arbor, said. “There really is no need for this additional voter ID law on steroids. When we add additional restrictions, we make it more difficult for certain groups to vote.”

He added, “We know this is going to mean longer lines in communities like mine and cities like Detroit and Flint.”

Republicans planned to pass additional restrictions on Wednesday but accidentally voted to approve Democrats’ motion to adjourn. (After doing so, they tried to undo it, to no avail.) They will resume debate on those restrictions Thursday.

The bill now advances to the state House. If it’s approved, Whitmer is expected to veto it.

But Republicans are using another route to circumvent a gubernatorial veto. The GOP-backed Secure MI Vote petition initiative is expected to launch as early as this week. A peculiarity in Michigan’s constitution allows the Legislature to bypass the governor and approve a law if more than 340,000 voters — or at least 8% of the total number of votes cast in the last gubernatorial election — sign a petition to create a ballot initiative. The Michigan Board of State Canvassers approved the Secure MI Vote petition last month.

Republicans nationwide have pushed bills to restrict voting access as Trump and his supporters continue to spread falsehoods about the election.