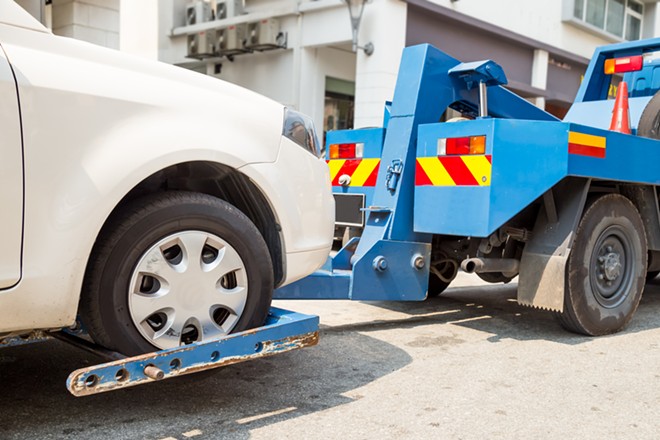 The vote comes amid an ongoing FBI investigation, called Operation Northern Hook, that focuses on ties between at least three council members and the towing industry.

Council members Scott Benson and Janeé Ayers, whose homes and offices were raided by FBI agents on Aug. 25, held up the ordinance in July after raising questions about its fairness to towers. On Tuesday, Benson approved the measure. Ayers was absent.

The ordinance prevents towers from requiring cash-only transactions, charging high fees, and refusing to release a vehicle when the owner shows up before the car is towed. Towers also must receive a request from a public or private property owner to remove a car, and they are required to notify the Detroit Police Department. All tow contracts will now be subject to a public bidding process.

Mayor Mike Duggan, who has called on reforms in the towing industry, applauded the council’s 6-0 vote.

“The approval of this new ordinance is an important step in reforming the city’s troubled towing process and I appreciate the efforts of Council President [Brenda] Jones and Chief [James] White to get it passed,” Duggan said in a statement to Metro Times. “We will now move onto the next steps to assure accountability and transparency in the towing procurement process.”

Councilman Andre Spivey resigned last month after he became the first person to be convicted in the FBI probe. He pleaded guilty to conspiring with an unidentified staff member to commit bribery. Spivey and the staff member collected more than $35,000 in cash bribes from an undercover agent or confidential informant on eight different occasions between 2018 and 2020, according to the U.S. Attorney’s Office.