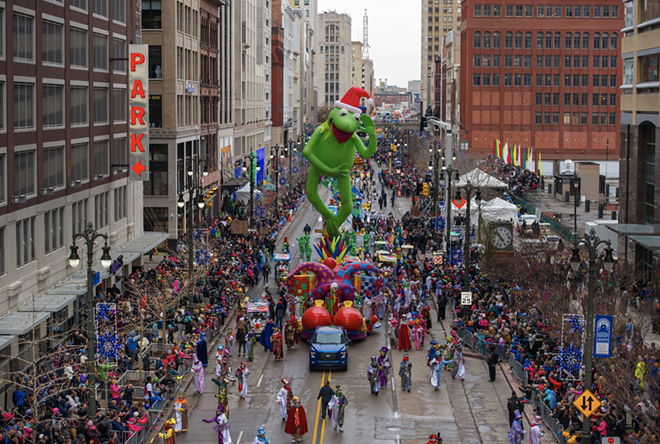 The in-person return of America's Thanksgiving Day Parade to downtown Detroit is one of signs that things are getting back to whatever definition of "normal" we have previously known.

There's always something to look forward to as the parade marches down Woodward Avenue, from the Distinguished Clown Corps to the local high school marching bands. Probably one of the most important roles in America's Thanksgiving Day Parade — or any parade — is the role of Grand Marshal.

“We are thrilled to welcome Calvin Johnson and Bishop Vann as this year’s Grand Marshals for America’s Thanksgiving Parade presented by Gardner-White,” said Tony Michaels, president and CEO of The Parade Company in a press release. “Both are beloved figures in Detroit who have worked tirelessly to elevate our city and serve our community. It will be exciting to celebrate with them on Woodward Avenue on Thanksgiving morning.”

The Parade Company will also honor Marla Drutz, WDIV-TV Local 4 Vice President and General Manager, as an honorary Grand Marshal. Drutz is set to retire from her position later this year.

The parade kicks off at Woodward and Kirby at 8:45 a.m. on Thanksgiving morning, Nov. 25.