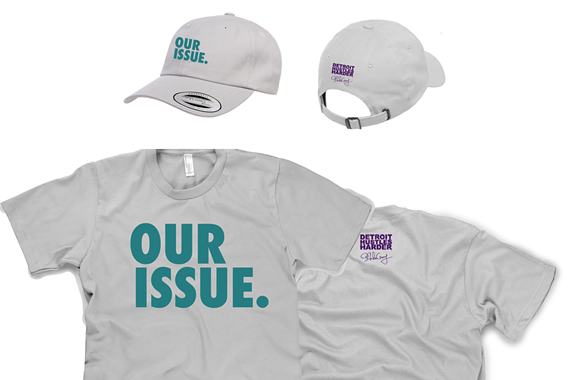 Proceeds will benefit Enough SAID (Enough Sexual Assault in Detroit), with Levy matching all fundraising up to $25,000.

This campaign follows a previous campaign launched in the autumn. This time, the shirts are white, with the slogan "Our Issue." In the last campaign, Enough SAID reported they had tested nearly 11,341 rape kits originally found in a warehouse in 2009.

The 30-year old Levy was released from the Lions as he recovers from hip and knee injuries. He talked to ESPN about why he has taken up the rape kit cause:

"There's a lot of effects to it, and this is one of those things where we have to create a culture where we're supportive, men, women and children who decide to report, stand up and say something, they do the right thing," Levy told ESPN last year. "Their evidence is sitting in a warehouse for 20 years or whatever. ... It's just unbelievable.

"That's something that you really wouldn't believe to be true. I reached out to them earlier this year and this came about later. I saw a lot of the work that they were doing and it just made sense to me."


More information about the campaign is available on its Crowdrise site.