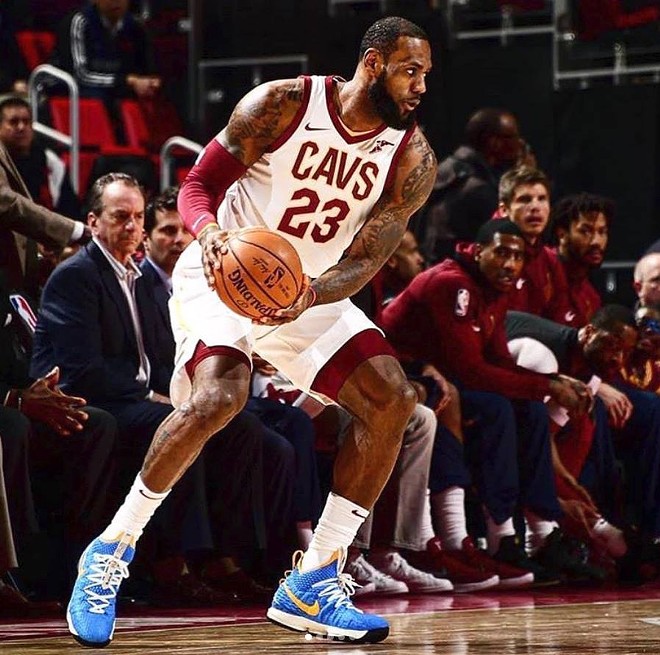 LeBron James has hurt many a Detroiter in his 15 year career of dunks, blocks, and championship wins on the hardwood, often beating up on our local Pistons.

In 2007, the Cleveland Cavaliers, led by a blossoming James, exploded against the Pistons in the Eastern Conference Finals, eliminating the team from the playoffs and ending the legacy of the championship "Goin' To Work" teams. In 2016, James and the Cavs again squashed another Pistons playoff team, sweeping Detroit in the first round.

Now, LeBron is taking heat for an alleged steal off the court.

A federal lawsuit is claiming that James and his production company stole the concept to a video series from a Detroit barber and entrepreneur.

Sebastian Jackson, owner of Social Club barber shop and studio at 5272 Anthony Wayne Drive in Detroit, says he came up with "Shop Talk," the program in question. This is according to the lawsuit filed against James and his business partners, Uninterrupted LLC in Los Angeles, on Tuesday.

The concept for the show revolved around celebrities sharing their stories of how they became successful while getting their haircut. According to the lawsuit, Jackson received offers from "several major networks" who were interested in producing the show.

After Jackson and James' company had discussed the show between 2014 and 2016, the lawsuit claims the Jackson was cut out of the project only to see it re-packaged as "The Shop." The first episode even features an interview with James in a barbershop, joined by michigan's own Draymond Green.


Now, Jackson and his company, Adventure Enterprises, have decided to sue. All in all, the lawsuit lists nine counts of alleged theft, unfair business practices, and copyright infringement. The suit requests $75,000 in compensation.

Anthony Spak is an editorial intern with Metro Times and a recent graduate of Oakland University’s journalism program.