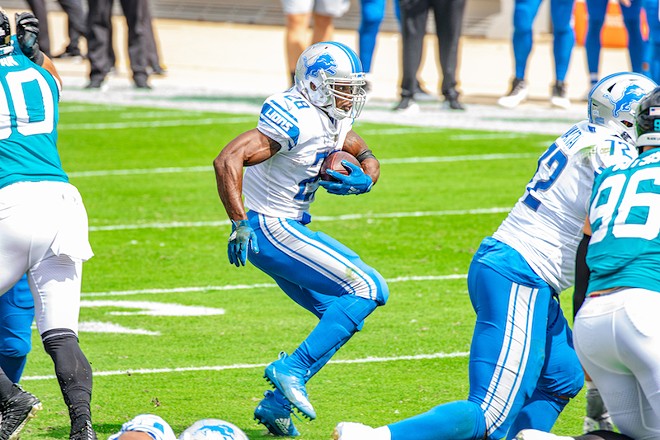 Christmas came early for Detroit Lions fans (yes, they still exist) over the weekend when the franchise gave general manager Bob Quinn and head coach Matt Patricia the boot after leading the team through two years of losses. Hey, at least he was consistent in that regard.

Too harsh? Well, Patricia has at least one fan in Twitter user @EddyPLionsFan. Eddy P, whose Twitter bio reads “Dad of 3. Married to my beautiful wife. Detroit Lions fan. Tech Nerd,” is a bit of a “reply guy” as we say on the social media platform — and, as the folks over at TheBigLead.com point out, is also suspiciously defensive of any criticism hurled at former coach Patricia. Like, “Leave Britney alone” defensive.

The only awful thing was Coach Patricia hitching his wagon to an organization like the Detroit Lions.

LOL. Coach Patricia accomplished more than you ever have or ever will. If the Lions organization had listened to him everything would be different.


Lions Twitter (is that a thing?) seems to think Eddy P is actually Matt Edward Patricia because, yes, the disgraced coach's middle name is Edward, he is a tech nerd (Patricia graduated from Rensselaer Polytechnic Institute), and he does have three kids and a very beautiful wife (though Eddy P seems to have it real bad for actress Kaley Cuoco, at least according to a now-deleted reply on a Barstool Sports tweet where Eddy P calls her “so hot”).

Twitter sleuths also noticed a pattern in Eddy P's habits. He hadn't tweeted since Sep. 4 — that is until he was fired on Sunday. Since then, he has been pretty active in shooting down critics and haters. This means Eddy P, who is apparently such a huge Lions fan that he chose to include it in his Twitter handle, didn't tweet during actual Lions games. Was it because he was too busy coaching (or, you know, whatever you call what it is he did for two years) the Lions?

The account didn’t tweet between September 4th and today. And look at the tweets and replies. All they follow are former/current Lions, former/current Pats, and Barstool. Oh, and Matt Patricia’s middle name is Edward lmao https://t.co/YduKDzYLWK


Oh, a few other pieces of evidence include the fact that of Eddy P's 30 tweets, 21 of them include the words “Coach Patricia” and his replies to people read like someone who not only watched every Lions game but was in the thick of it, providing what feels like insider baseball — er, we mean football — details behind the Lions' strategy, going as far as to call Lions quarterback Matthew Stafford “uncoachable.”

Using a 1st round pick on a tight end is the biggest gripe. There were other players that could have helped such as DL Ed Oliver who would have played very well in Patricia’s scheme.

Lions would be better off moving on. Stanford is uncoachable.


OK — and then Eddy P gets downright whiny, like someone who just got fired whiny.

“Surprise! Coach Patricia was right,” Eddy P said in a reply about former Lions player and current Philidelphia Eagles cornerback Darius Slay. “If the Lions organization and players listened to him then everything would be different.”

Surprise! Coach Patricia was right. If the Lions organization and players listened to him then everything would be different


Different, you say? We think Lions fans are ready for different. If only Coach Patricia could control his defensive line as well as Eddy P appears to defend his name on Twitter. Ouch.