Plan on partying night before Thanksgiving? Detroit Bus Company will be your designated driver 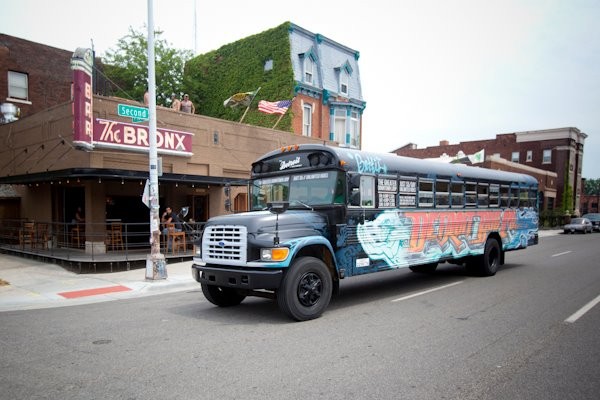 Because the night before Thanksgiving is the biggest party night of the year. And you don't want to argue over who will be the designated driver that night, the Detroit Bus Company is hosting a bar crawl to end all bar crawls. Twenty bucks will get you a ticket for unlimited rides on three available buses, which will take you on a loop around 10 different bars and restaurants in downtown, Corktown and Midtown. The buses will pass by each stop every 15-20 minutes, will be equipped with plenty of music and riders can BYOB. Several participating spots will have hookups on drinks and food. Tickets can be purchased here.

Here's the bar crawl bus route and some of the deals: At Detroit City Distillery in Eastern Market guests will get a private tour of the distillery between 8-10 p.m. At Green Dot Stables in Corktown, owner Jacques Driscoll will open up the back patio and offer a cash bar, featuring two mystery sliders and the Thanksgiving Day Destroyer cocktail, for pub crawlers. Driscoll's brand-new Huron Room fish 'n chips joint in Mexicantown will offer a craft beer or punch and a skewer for $10. Other participating bars and restaurants include: The Well in Greektown, Townhouse downtown, Slow's BarBQ and PJ's Lager House both in Corktown, and Temple Bar, Old Miami, and Bronx Bar - all in Midtown