Frenkel is holding on to a number of popular sandwiches, like the Little Italy and Cuba, dropping others, while adding items that were once only one-off specials, like the Bahn Mi. In addition, he'll focus on also offering a steakhouse-style menu three nights a week.

Here's a peek at the new menu... We'll be sure to update you on what's in store for dinner, which he says will be up and running next week. 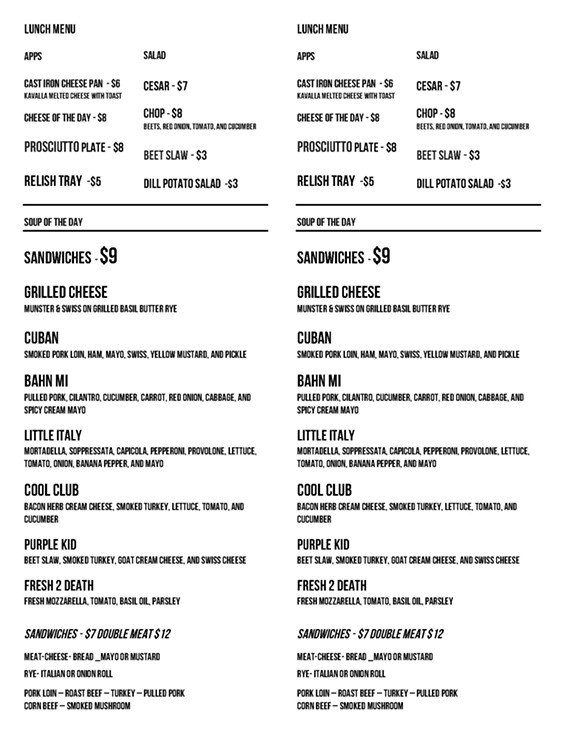