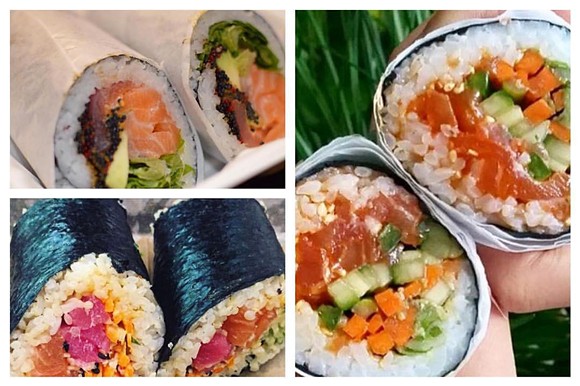 Mexican-Asian fusion. The concept has been around for centuries, really, and is especially prevalent in Southern California, given the borrowing of culinary traditions within the Mexican and Asian communities, a phenomenon based partly on necessity. If you've ever partaken in the cuisine, it makes sense. Both traditions utilize rice, chilis, citrus, cilantro, and similar cuts of meat. While Mexicans shred pork and fold it into masa dough and corn husks to produce the tamale, the Chinese use similar ingredients to make the steamed dumpling. In fact, if you go to the Baja California capital of Mexicali, you'd notice the influence immediately, with Chinese cuisine considered their most notable regional food.

Over the past decade chefs like Roy Choi, founder of the now legendary Kogi BBQ food truck, have popularized this long-held tradition, by giving your typical Korean barbecue meat the taco treatment. This has thus resulted in countless off-shoots, with restaurants featuring all manner of fusions.

Now, Yuzu Sushi Co. is hoping the California-centric concept will catch on here in metro Detroit, with its menu featuring sushi burritos, which they call sushi rolls. The official launch is set for Jan. 27 in a strip mall at 23832 Woodward Ave. in Royal Oak, which formerly housed The Big Salad.

Inspired by West Coast concepts like Bay Area-based Sushirrito, these large, handheld rolls come wrapped in Nori or rice paper, and feature combinations such as The Porker, with braised pork shoulder, crispy pork belly, tomatillo salsa, arugula, and spicy cucumbers; or the Diznu, with salmon, jalapeno, cabbage and mango slaw, cream cheese, and cilantro. Diners will also be able order their sushi in bowl form, as well as poke salads, which come with white or brown rice, and varieties like the Mexicana, made with tomatillo shrimp and cilantro.

This wouldn't be the first time a local restaurant entered the fusion foray. Years back, Hamtramck's Maria's Comida overhauled its traditional Mexican menu in favor of one with an Asian twist. The business faltered, but since then, chefs have been sneaking in the concept into their menus.

In the kitchen will be Mario Gojcaj, a first-generation Albanian American, who honed his skills at several metro Detroit establishments, including Forest Grill, Marais, and most recently, Downtown Louie's, according to his resume. He also trained in New York at the Institute of Culinary Education.

We'll be sure to check out this spot when it opens. In the meantime, peek at the tentative menu below. 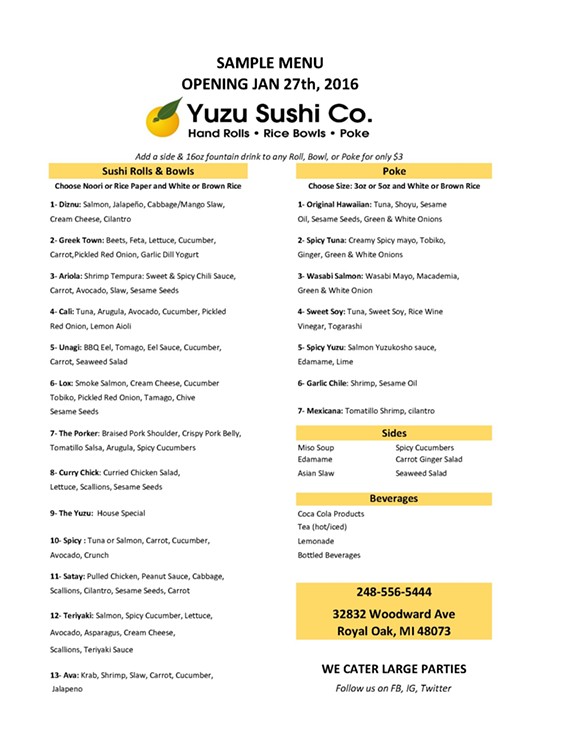