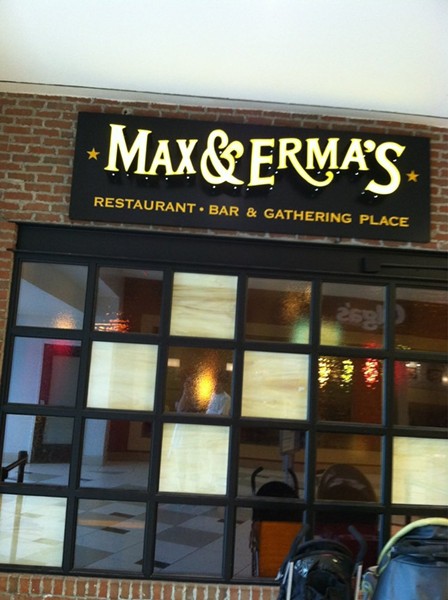 In a major hit to workers of the casual dining chain Max & Erma's, nearly all Michigan locations abruptly shuttered Monday. In all, 13 outlets in Michigan, Ohio, and Indiana closed unexpectedly, in a move its parent company, Nashville-based American Blue Ribbon Holdings, characterized as a "process of streamling operations and underperforming locations," says a news release from the company. Only three locations in Michigan remain, according to media reports.

The announcement went on to say that a member of the American Blue Ribbon's senior leadership team visited each restaurant Monday morning to deliver the news to employees as they headed into work. Each team member was offered a severance agreement.

"We felt that the best way to handle this news was to deliver the news in person. This insured that each employee was dealt with individually and in person. The team members are currently working to efficiently close down their restaurants and will be donating unopened food items to charitable organizations in their community. We are committed to the Max & Erma's brand and our franchise community, and look forward to announcing the next phase of this exciting brand revitalization during the week of January 25th," continues the statement.

Max & Erma's was acquired by American Blue Ribbon in 2010. The chain, founded in Columbus, Ohio in 1972, gained popularity for its burgers, cookies, and quirky, tchotchke-covered walls.

Reaction on Twitter was vast Monday, with customers, workers, and supporters expressing disappointment and outrage at the sudden and widespread closings.

Heartbroken... Max and Erma's closed for good... That chicken tortilla soup tho 🔑 #maxandermas

Well there goes one of my favorite restaurants. Guess I have to find somewhere else to eat. #maxandermas

Shame on Max and Erma's for shutting down restaurants without any notice to its employees! #maxandermas #shameonyou https://t.co/HZfb03bex0

Because it is so hard to give 8 stores notice of your business incompetence. Stay classy, @MaxErmas . #Michigan #maxandermas

We reached out to a company spokesman to find out just how many workers have been impacted, and we will be sure to update you with that information when it becomes available. In the meantime, we are especially interested in hearing from folks who were laid off. Please send your story, with your name, age, city, and the best way to get a hold of you to sdaniels@metrotimes.com