It’s been about 14 years since I first tasted a sandwich from Vince’s, the little sandwich shop and party store run by the Cucci family on Eight Mile Road. Even back then, just a few bites into that first little sub, I knew it was a great sandwich, even a fantastic sandwich. The bread was as good as any produced in an Italian bakery in New York, and they didn't stint on the ingredients either. 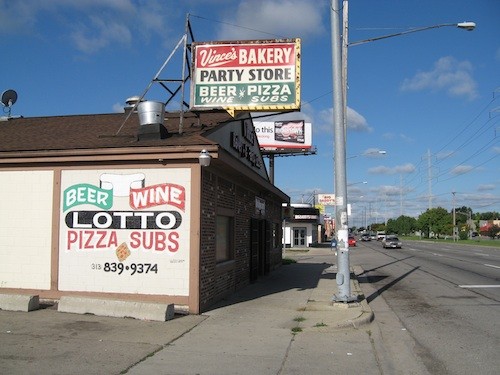 In fact, Vince's was already attracting generations of customers, grown-ups who’d had the sandwiches as kids, now there getting them for their kids. See, Vince Cucci first opened up the place in June of 1970. He’d come from Palermo, Sicily, and was living the dream by opening a store where he could sell beer, wine, pizza, and sandwiches made with his own fresh bread, baked daily. He made it every morning from dough. And I mean every morning. For instance, one August in 2014, we dropped in early enough to find him spending another morning making a huge rack of bread, even though it was his 86th birthday. 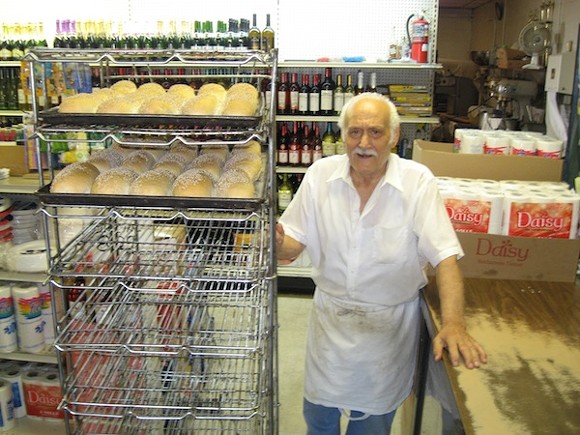 That daily bread was a tremendous asset. But a sesame-studded Italian loaf is a fragile thing. It loses its deliciousness exposed to air at room temperature, so the sandwiches were bagged as soon as they were made, then placed in a cooler. And local police and firefighters would regularly drop in for large orders, as well as contractors and crews who’d troop out with sandwiches and slices every day.

Vince really seemed to live for the job. His sons, Paul and Sam, however, sometimes seemed less than thrilled to be there. Once, I asked one of them how long the place had been in business. It was already on its fifth decade by then, and the number was impressive, but it was delivered by Vince’s son with a weariness that suggested it was how many years of a prison sentence had been completed. Maybe they saved their smiles for other customers they knew better. Given those sandwiches, they could have grimaced all day long and customers would have kept pouring in.

Anyway, over the weekend, a friend of mine, another fan of those incredible sandwiches, told me the place had closed without so much as an announcement. He said he’d heard Vince's shut down just before the Super Bowl.

“I noticed they were closed when I tried to go on Saturday,” he said. “The old man wasn’t doing so well. Paul just closed up shop.”

That’s that? My friend went on:

“Apparently, the only notice was that he told a patron that he wasn't making another pizza because there was no more dough, and would be no more dough. And locked the doors for the last time a couple hours later.”

I called and the phone kept ringing, so I drove over this morning to take a look. It was locked up tight.

After 45 years in business and they didn't even get a closing party?

"They got their party," an employee at a neighboring business told us. "The old guy made them come in every day. Their party was putting the lock on that door." Our informant added that they believed the building has already been sold.

Well, it’s a sudden, even abrupt way to go, but somebody should say it: We’ll miss you, Vince. We hope you feel better and enjoy your rest. Even though we’ll miss that bread. And we’ll miss Pat Covington behind the counter. Yeah, I guess it’s true the sons didn’t want to do it anymore, but we’ll miss them too. Thank you for providing an estimated 2 million sandwiches over the years to hungry Detroiters. Thank you for never cheapening the ingredients or gouging customers with inflated prices, as many other operators would do.

You will be missed.