Guests at a Jack Daniels tasting at Selden Standard on Wednesday learned the right way to taste whiskey and tried different pours and cocktails with food pairings from the award-winning restaurant.

Selden Standard Chef Andy Hollyday was named a semifinalist for best chef in the Great Lakes region in the prestigious James Beard Awards this year, and the Midtown spot was also named 2016 Restaurant of the Year by Hour Detroit. Armando Zapata, the midwest division brand ambassador for the Tennessee liquor, led a group at the restaurant on a tasting flight that ranged from Gentleman Jack to Single Barrel Rye, a new recipe that's only been on the market for a few days. 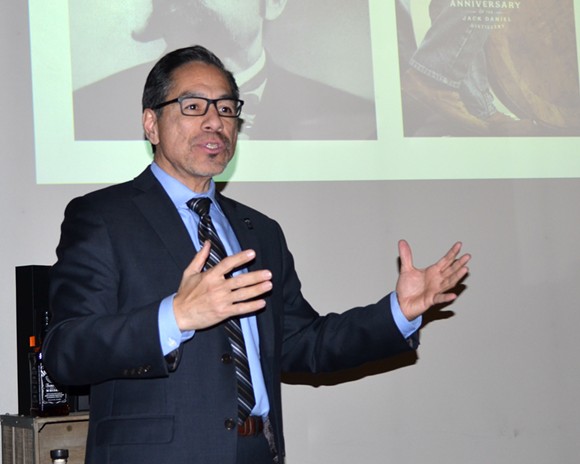