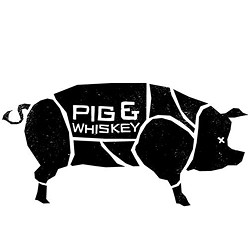 Alright everybody, hope you're ready to start counting down the days until Pig & Whiskey.


The popular celebration of all things barbecue and whiskey returns to downtown Ferndale July 15-17, and this year's party is going to be bigger and better than ever.

Co-hosted by Metro Times and Woodward Avenue Brewers, the festival will include more than a dozen southeastern Michigan eateries will have their best pork, beef, and barbecue dishes available for purchase.

Jay Ray of Jay Ray’s BBQ, is returning to Pig & Whiskey for the second year. Of all the events he does, he said he enjoys this Ferndale bash the most.

“It’s a great atmosphere, great music, and all great people that come down,” Ray says.

Jay Ray’s will be serving ribs, pulled pork, mac and cheese, a loaded sweet potato (which he says was a huge hit last year), and he’s messing around with a “few cool ideas,” too.

And of course, there will be plenty to drink, with more than 30 whiskeys (yes, all your favorites) and six Michigan breweries.

And now, *drumroll please* the lineup.

You’ll be able to catch the performances on a stage set up on East Troy Street.

Plus, see all the action from last year's festival here.