That funky skateboard park in Banglatown got a bit of publicity (and some funds) over the weekend when Jolly Pumpkin Pizzeria and Brewery and Detroit Surf Co. released a new brew in its honor.

The new beer is called Detroit Surf Co. Pale Ale and the skate park is Ride It Sculpture Park, part of the Powerhouse Productions artist colony situated near Davison and Conant.

During a Hawaiian-style luau at the Cass Corridor brewpub on July 16, the two companies unveiled the brew (available only at the Detroit JP location) and raffled off a custom longboard-style skateboard that features the beer maker's labels (painted by Jolly Pumpkin label artist Adam Forman). The winner of the sick board was Julie Anderson, from Whitmore Lake, and the event raised about $300 over four hours.

We weren't there, but we hear it was pretty rad so we're sharing some pics from the event. Looks like a pretty sweet board. 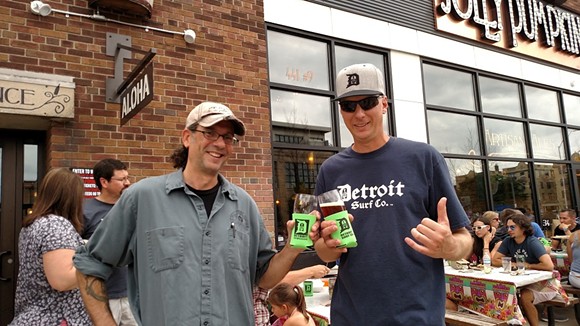 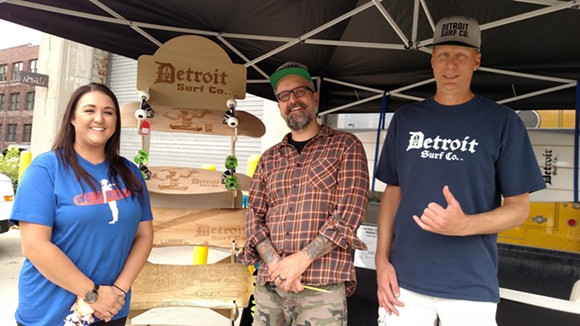