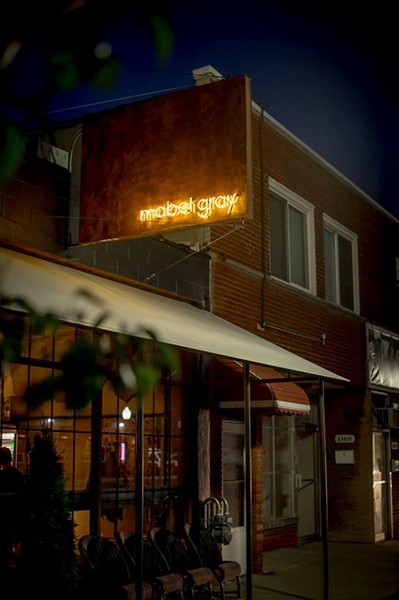 We love the tastes that come out of a traditional taqueria.

So when we heard that acclaimed chef-restaurateur James Rigato will be teaming up with longtime compadre, chef Omar Ramirez, next month to recreate such an experience, well, we're definitely interested in checking it out.

Beginning Sept. 6-24, Ramirez (who's worked with Rigato at award-winning The Root in White Lake) will take over Mabel Gray's menus to put together an array of Mexican cuisine in a series dubbed "Spanglish: a temporary taqueria."

Ramirez, originally from Leon in the central Mexican state of Guanajuato (one of our fave places to visit), has been collaborating with Rigato off and on since 2001. While Rigato - who's competed on Bravo TV's Top Chef and whose Mabel Gray has been lauded nationally - helped train Ramirez in the kitchen, Ramirez returned the favor by sharing his expertise in authentic Mexican fare.

The chef swap comes as Rigato ventures off to Abruzzo in Italy on a culinary trip with another metro Detroit cooking heavyweight, Luciano Del Signore (Bacco Ristorante, Bigalora). The two will host a popup dinner there at Marramiero winery.

Mabel Gray is at 23825 John R Road in Hazel Park. Reservations are recommended and can be had by clicking here.